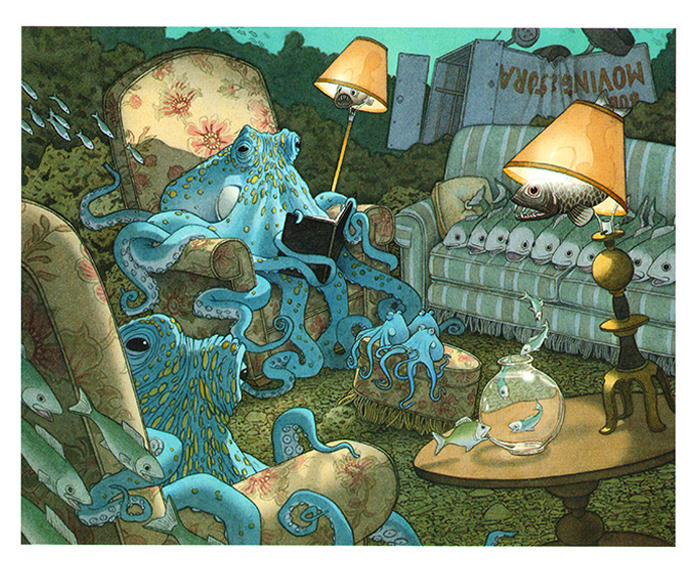 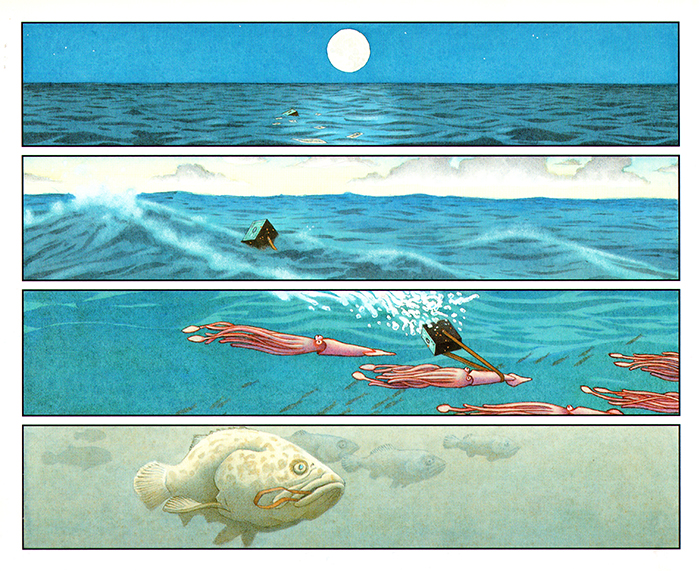 David Wiesner was born in the United States in 1956. His books have been translated into dozen of languages and have won numerous awards. Three times - in 1992 with Tuesday, in 2002 with The Three Pigs and in 2007 with Flotsam - he won the Caldecott Medal, the most prestigious award in American children's books, and three times he received the Caldecott Honor, the last in 2014 for Mr. Wuffles! (Italian Mr. Ubik!). Other honors include the Japan Picture Book Award, the Prix Sorcières and Deutscher Jugendliteratur Preis. For the Spot app project he was awarded in 2015 with the Bologna Digital Award, the highest recognition in the field of digital publishing.
CUBO CENTRO UNIPOL BOLOGNA
In collaboration with Cineteca, CUBO Centro Unipol Bologna, Transbook Children’s Literature on the Move, Orecchio acerbo

The work of David Wiesner is distinguish by its profound ability to study and render the characters and their personalities. The author’s workshop that be held at BilBOlbul will be dedicated to this theme. Starting from the character study to development of a story. Participants are asked to bring to the workshop drawing of a creature, without limiting the imagination: a human, an animal, an alien, a robot … This will be transposed into small three-dimensional model made of clay, which will be photographed from different angles. The observation and redesign of the 3D model will bring out some features of the character that on paper would remain hidden, upon which the participants will work to build the background and story of the character.