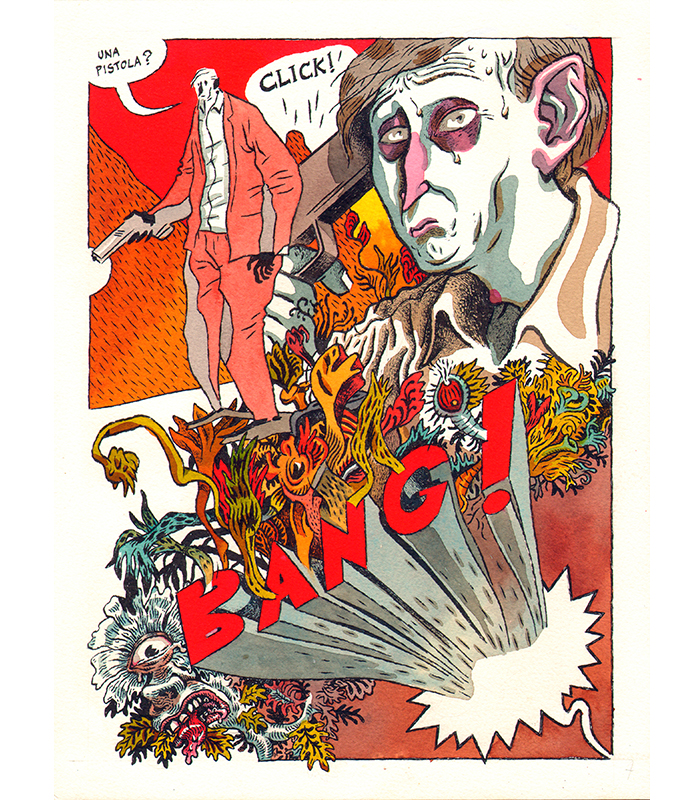 Marco Corona, born in Carmagnola (TO) in 1967, is among the most beloved and influential cartoonist and illustrator of the Italian scene. He took part in the anthology Comix 2000 from the famous French publishing house L'Association, created book covers (Feltrinelli, Giunti), exhibited in various galleries and collaborated with numerous magazines (Blue, ANIMAls, International). After the book Cadavre Exquis (Center Comics Andrea Pazienza) and the first edition of Frida Kahlo, una biografia surreale (Alternative Press), in 1998 he published the books Bestiario Padano, In mezzo, l’Atlantico e Riflessi (all for Coconino Press / Fandango), which was followed by La seconda volta che ho visto Roma (Rizzoli Lizard, 2013) and drawings of Pinocchio by Carlo Collodi (Rizzoli Lizard, 2015). His latest book is Krazy Kahlo (001 Editions, 2016).
ilcanguropugilatore.blogspot.it
URCA studio

Stealing without fear in order to bring out your own personality and achieve full creative independence, is the objective of the workshop run by Marco Corona, starring in BilBOlbul with a large retrospective exhibition.
Creator of worlds and master of different drawing techniques, Corona has always nourished his multiform style with diverse influences, living in depth and assimilating into their own personal universe. Workshop participants will be asked to create a comic strip or a sequence of illustrations from the works of the authors they love. Under the guidance of Corona, external influences will merge with personal experience, to achieve something new and completely original.