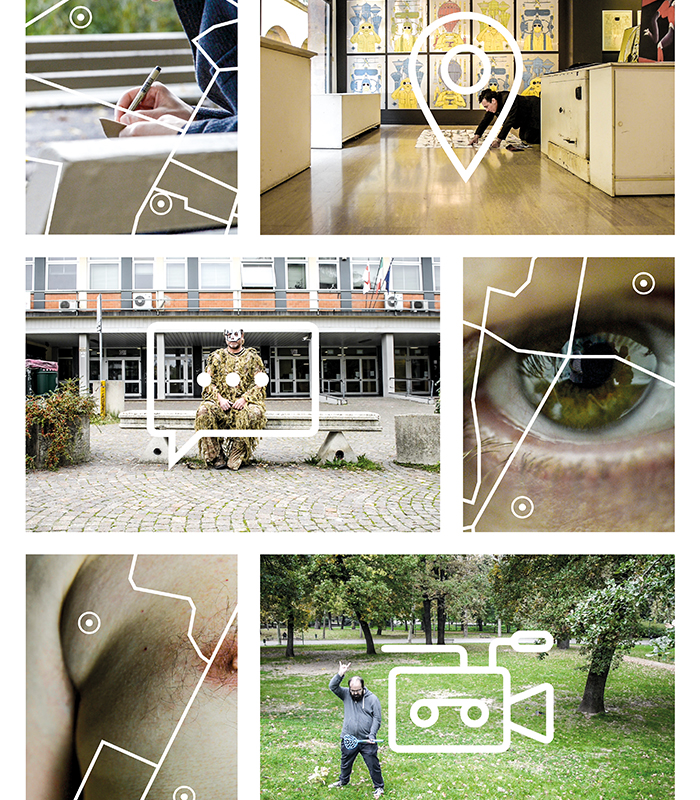 LeleMarcojanni is a team of visual storytellers founded by Elena Mattioli, Flavio Perazzini and Roberto Mezzano. They produce authorial, cultural and social visual contents. They develop extended narrative projects and direct documentaries, short films, mockumentaries, and video clips, some of which have been selected in several national and international film festivals; they also write stories that then become fanzine or illustrated tales. They also deal with the management of communication projects.
lelemarcojanni.com
smart-it.org
25 NOVEMBER ~ 16 DECEMBER
SPAZIO LABO’

With the support of
SMart

For this year’s edition of BilBOlbul, Lele Marcojanni together with Hamelin Cultural Association will work on a project named Le città hanno gli occhi (“The cities have eyes”), a visual history of the relationship between Bologna and comics, a glimpse of the city’s flowing everyday reality that made it a landmark for many national and international artists over the years. Le città hanno gli occhi aims at creating, through the voices of some comics artists, a spatial mapping of the interactions and connections set in the city, building a visual journey that all the visitors will be able to enjoy. Le città hanno gli occhi rewrites and retraces a story revealing a new map of synergies between the city of Bologna and the world of visual storytelling.