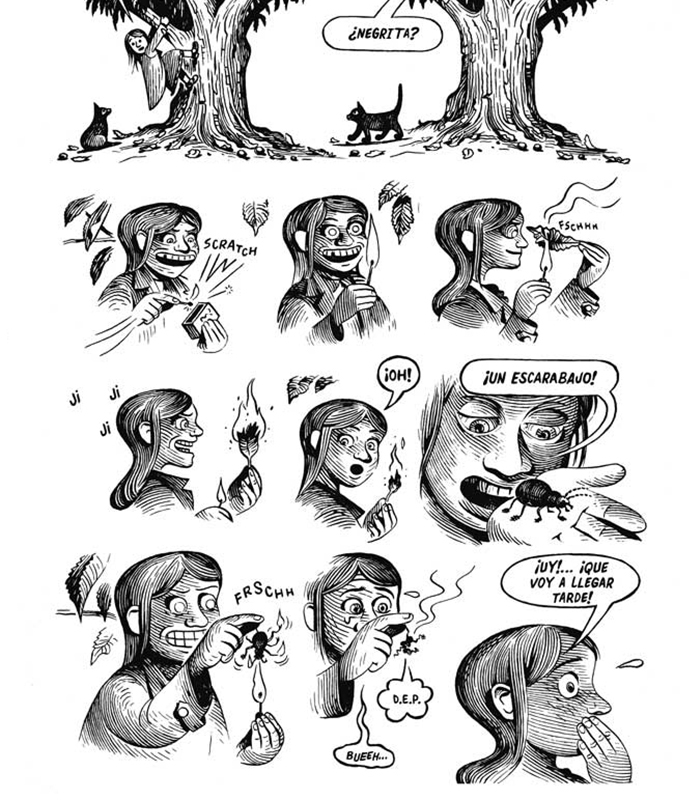 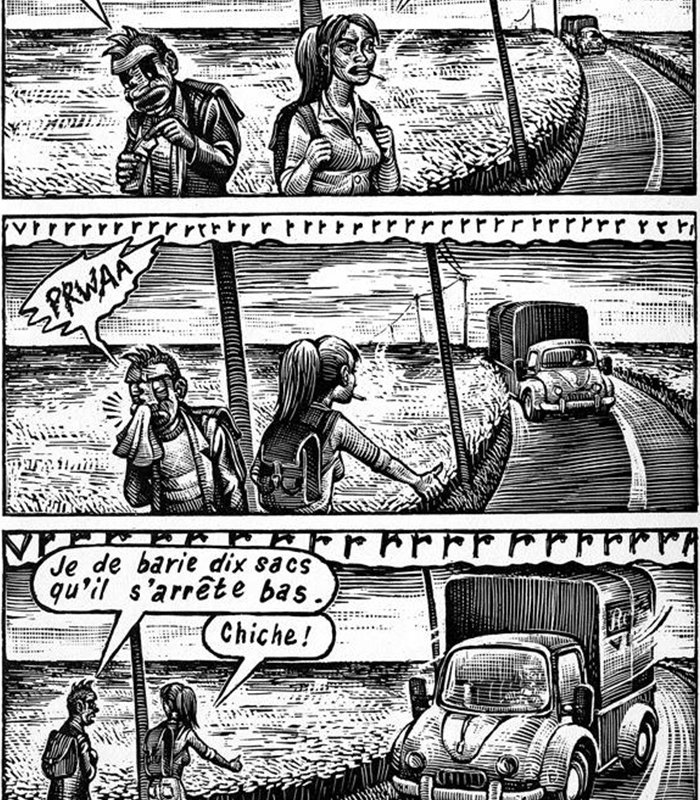 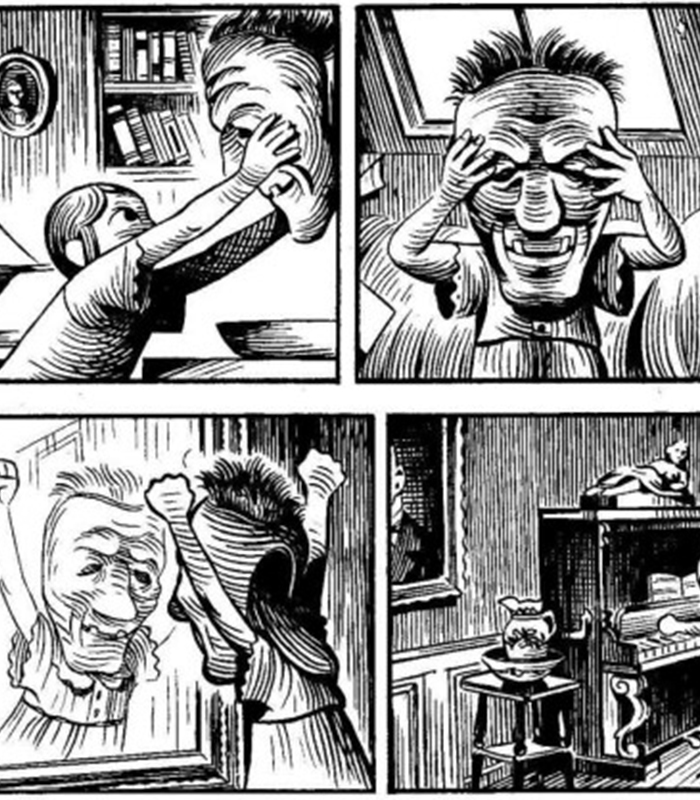 Born near Paris, Matthias Lehmann (1978) is a cartoonist, painter and illustrator of Franco-Brazilian origin. He started his artistic career specializing in engraving techniques, and has participated in several collective projects appeared in magazines (Jade, Ferraille), anthologies (Comix 2000, Lapin) and exhibitions. Among his books published in France, Isolacity (L’Association, 2001); L’Étouffeur de la RN115 (Actes Sud, 2006), entirely realized with the scratchboard technique inspired by the work of Thomas Ott; Les Larmes d’Ezéchiel (Actes Sud, 2009), a moving story mixing a tale of adolescence trauma with an ironic reflection on the meaning of artistic activity; and the collection of illustrations La Ruche et le mémorial (Ion, 2016). He collaborates with “Libération”, “Le Monde des Livres”, “Siné Mensuel” and “Marianne”. His latest graphic novel, La favorita (001 Editioni, 2016), a haunting tale about childhood supported by a virtuous drawing style, is part of the Official Selection at the 2016 Angoulême Festival.
blocmatthias.blogspot.it

Cheap on Board is an independent project that promotes Street Art as a means of urban regeneration and territorial investigation. Since 2013, the association organizes an annual festival, including an open international call and a selection of guest artists invited to work on site-specific projects, tailored on the urban and peripheral landscape of Bologna.
www.cheapfestival.it
FROM NOVEMBER 22ND
VIA SAN GIACOMO

In collaboration with
Cheap on board, Alliance Française Bologna, 001 edizioni

Comic book author and illustrator, Matthias Lehmann works around the stylistic and formal boundaries of the comics language, playing with ambiguity and contamination. Different influences overlap in his works, creating unexpected intersections and a unique atmosphere. With his deep mastery of the engraving and scratchboard techniques, Lehmann comprises among his major sources of influence the Franco-Belgian tradition (from Hergé to Franquin) as well as the American alternative comics of Robert Crumb and Charles Burns, down to the formal experimentations of Art Spiegelman’s RAW magazine. His storytelling rejects linear narrative and prefers to follow convoluted paths full of digressions, detours and surprises. As a result, his comics as well as his illustrations are always characterized by a profound emotional texture tempered by irony.

At BilBOlbul, Lehmann curates a project especially designed for the showcases of “Cheap on board”, and presents the Italian edition of his latest book, La favorita (part of the Official Selection at Angouleme 2016 and recently published in Italy by 001 Edizioni), an amazing graphic novel about childhood and sexual identity that plays with different genres and narrative experimentation in order to achieve a complex, nuanced realism, halfway between grotesque and emotional.