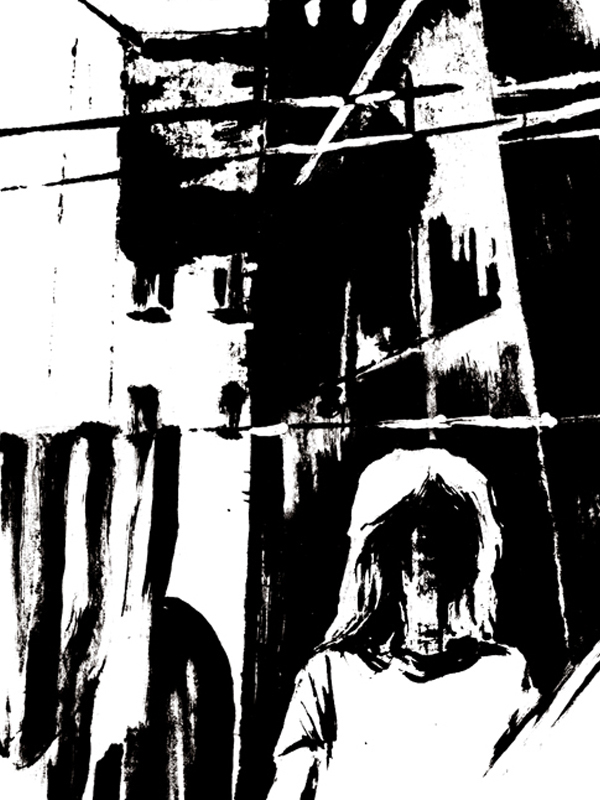 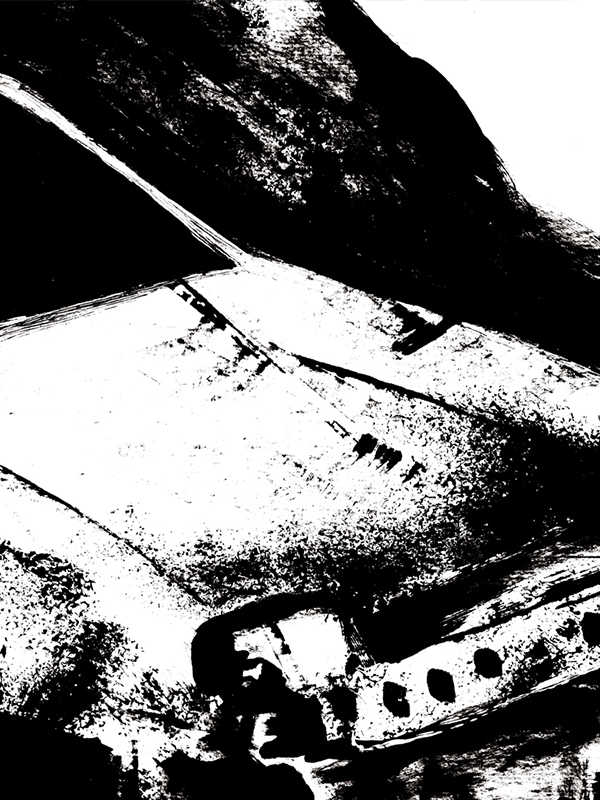 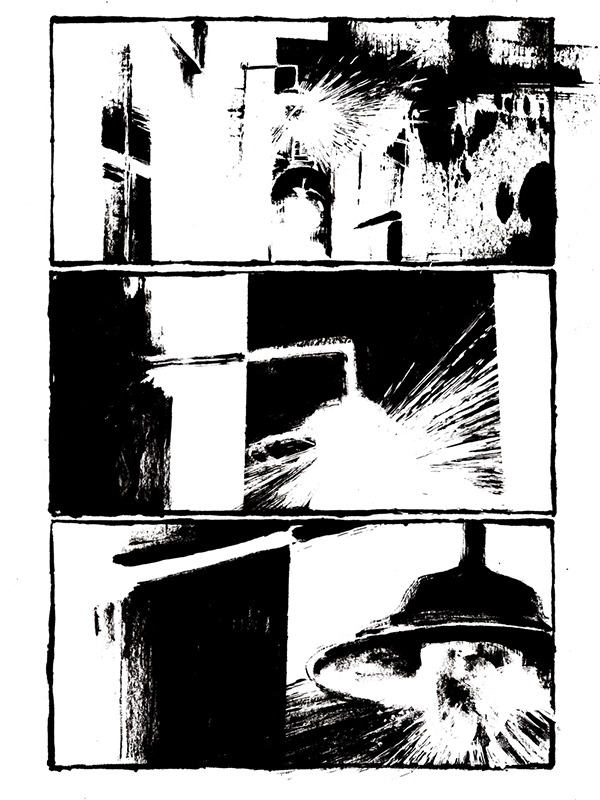 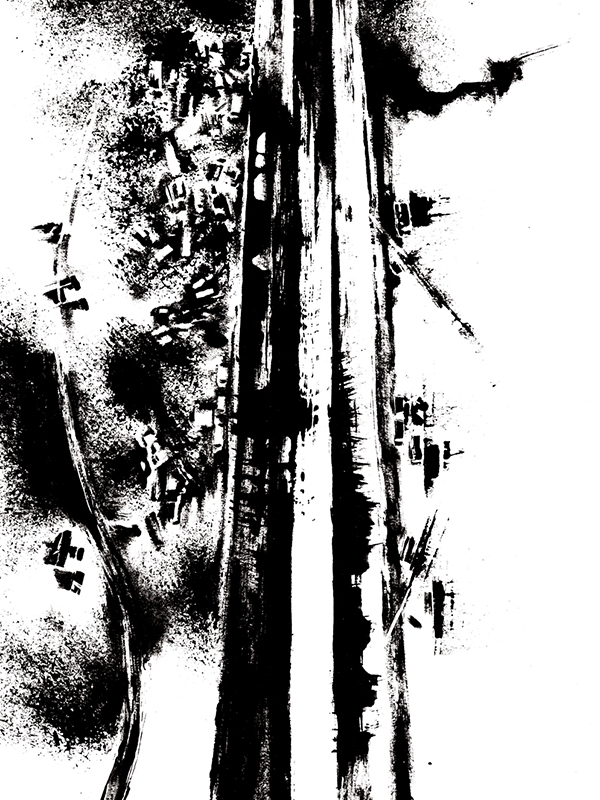 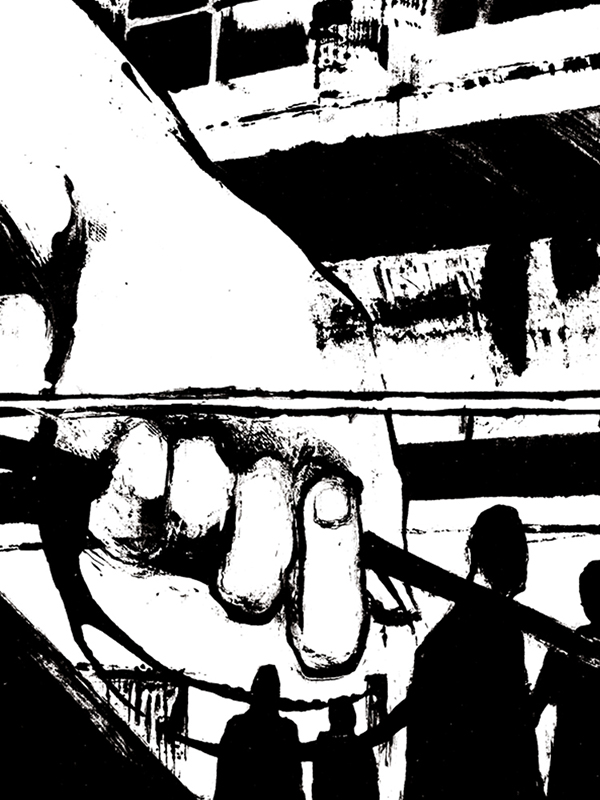 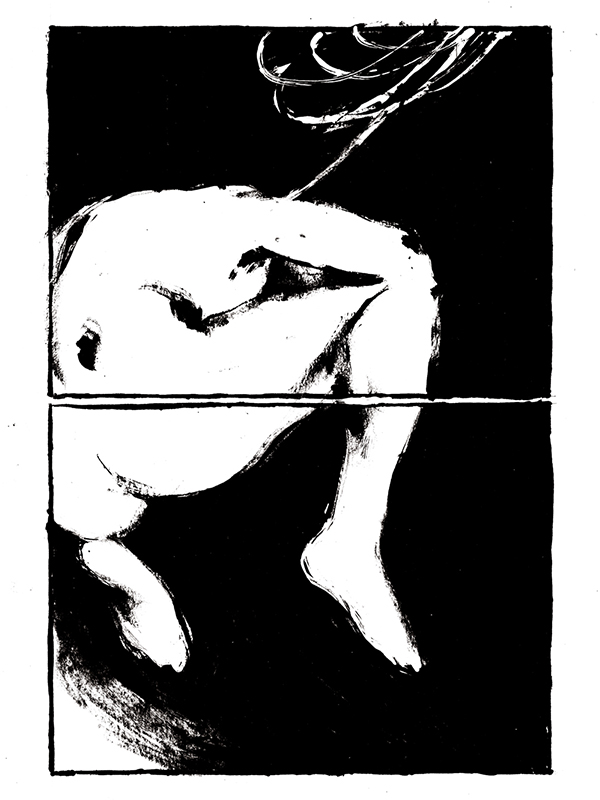 Elena Guidolin was born in Vicenza in 1985 and studied Comics at the Academy of Fine Arts of Bologna. She has collaborated, among others, with G.I.U.D.A. Editions, IFIX Studio and Graphic News and participated in several group exhibitions in Italy and abroad. She lives and works in Bologna.
elenaguidolin.wordpress.com
cucinacrudele.tumblr.com
STORIE DI ORDINARIA TORTURA
25 NOVEMBER ~ 7 DECEMBER
RAM HOTEL

Blacks and whites alternate in an endless standoff, beams of light highlight the black figures whereas white silhouettes emerge from the sticky black.
Faces and places narrated by a strong expressiveness that leaves no room for delicate nuances, shattering the sign, crumbling it, pulverising it.
A nonstop conflict that tells about suffering places and bodies.
A story about contemporary practices, torture as a tool of annihilation, the total suspicion of the rule of law. A practice which today lies behind the rhetoric of the clash of civilisations, a rhetoric ending in itself.
Elena Guidolin does not deliver a misleading aesthetic pleasure for the violated bodies, but she is neither rhetorical in restoring the tragedy, she chronicles the lives and bodies as battlefields.
With BeccoGiallo she publishes a book on the topic of torture, from Giulio Regeni to the facts of the Diaz school in Genoa in 2001, from Abu Ghraib to Italian fascism.