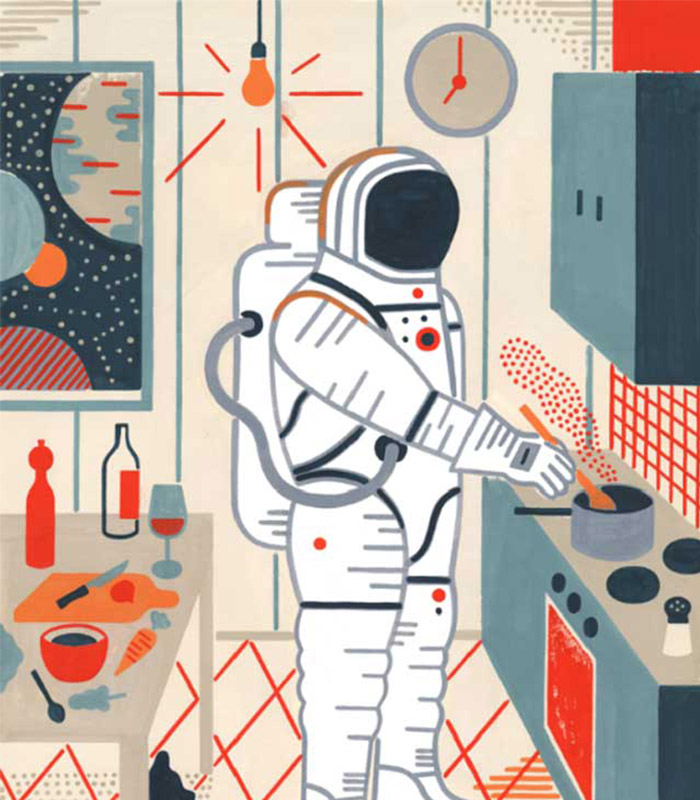 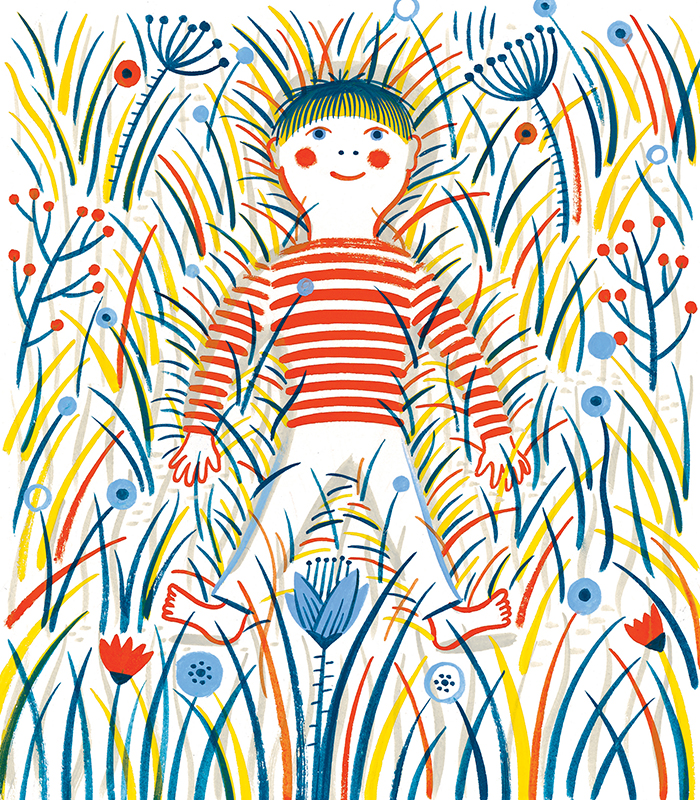 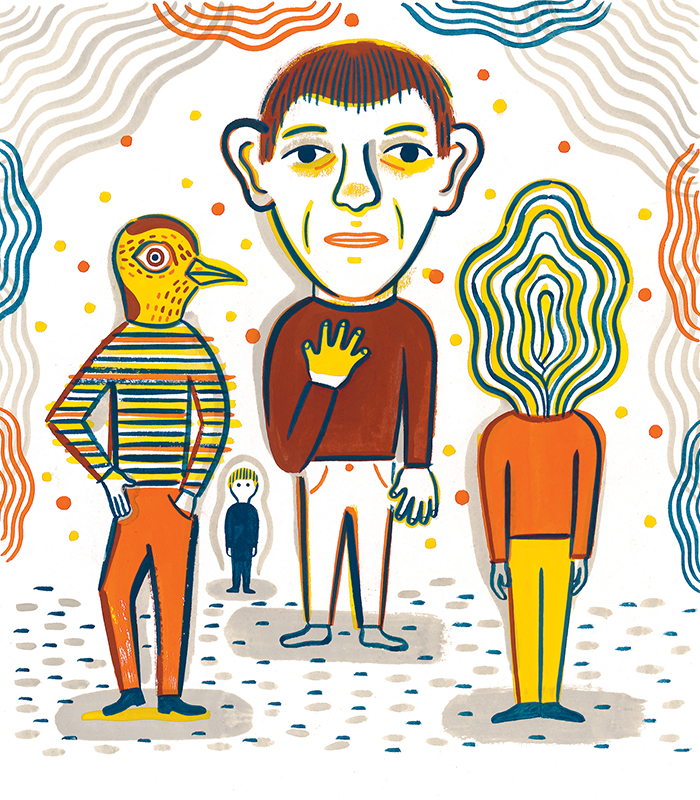 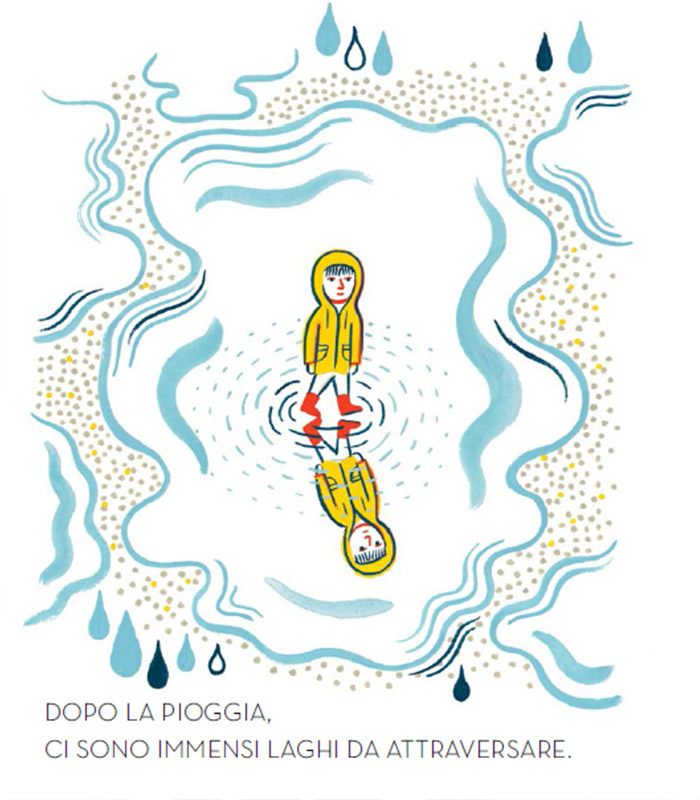 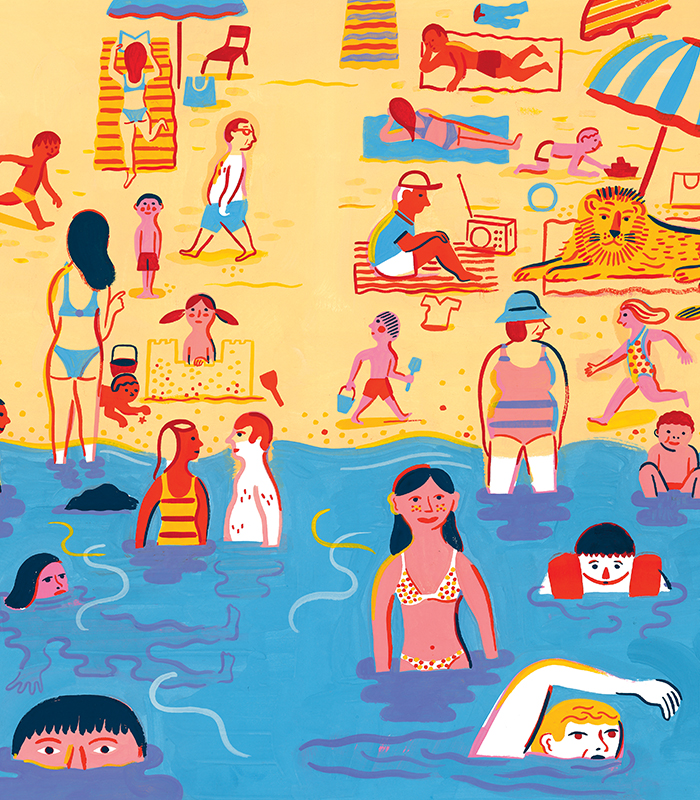 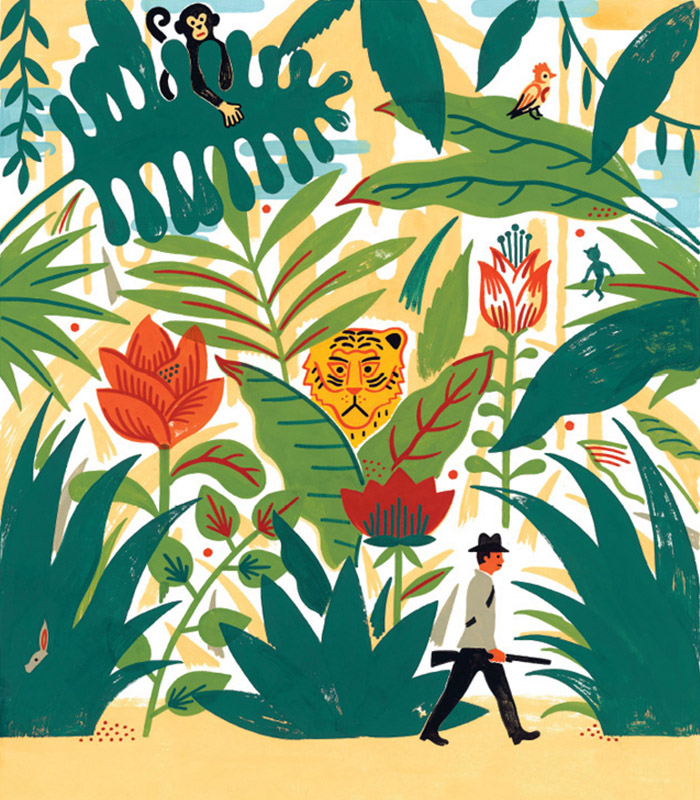 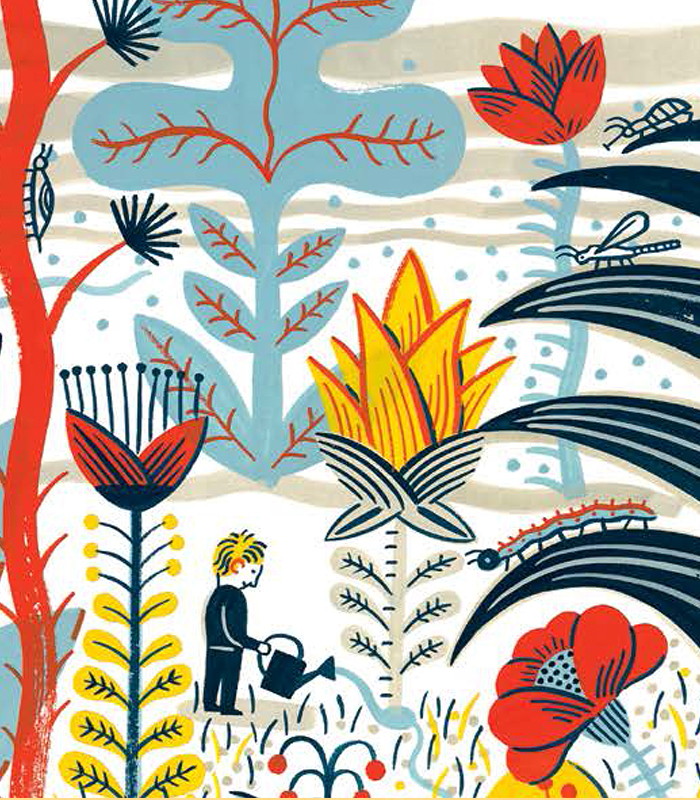 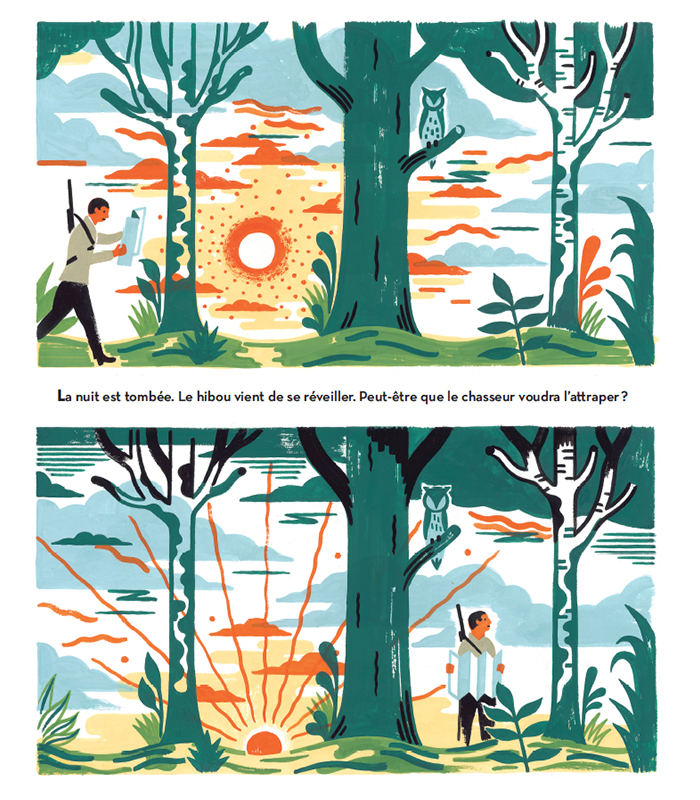 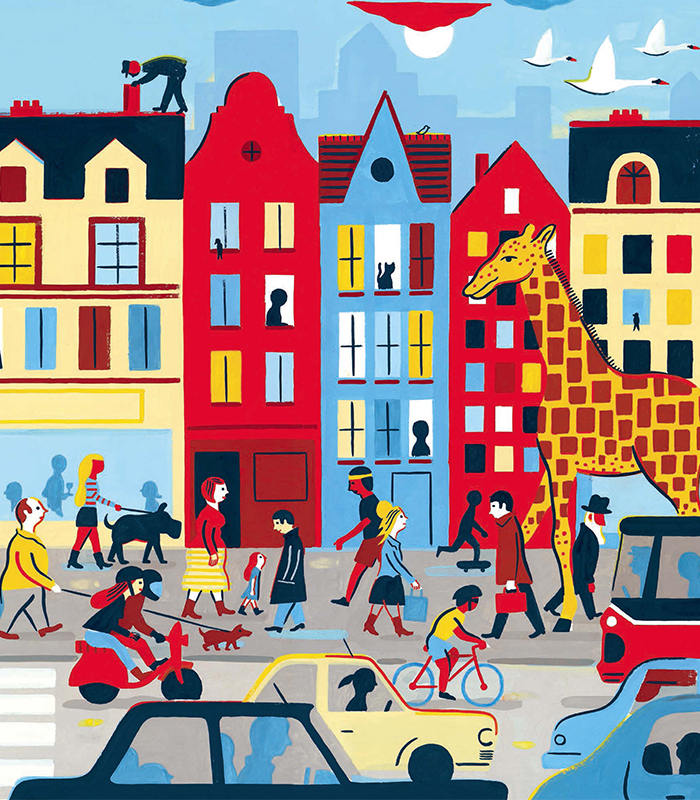 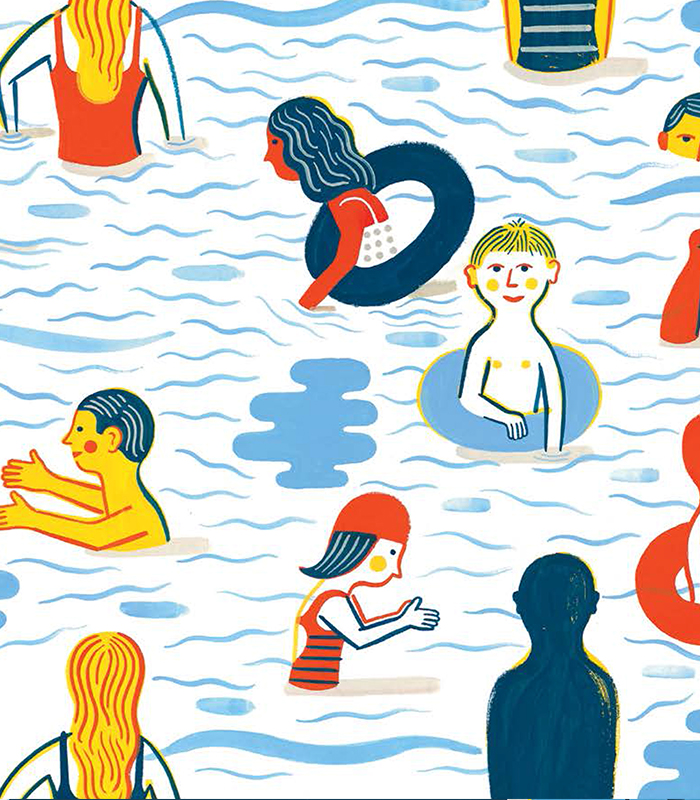 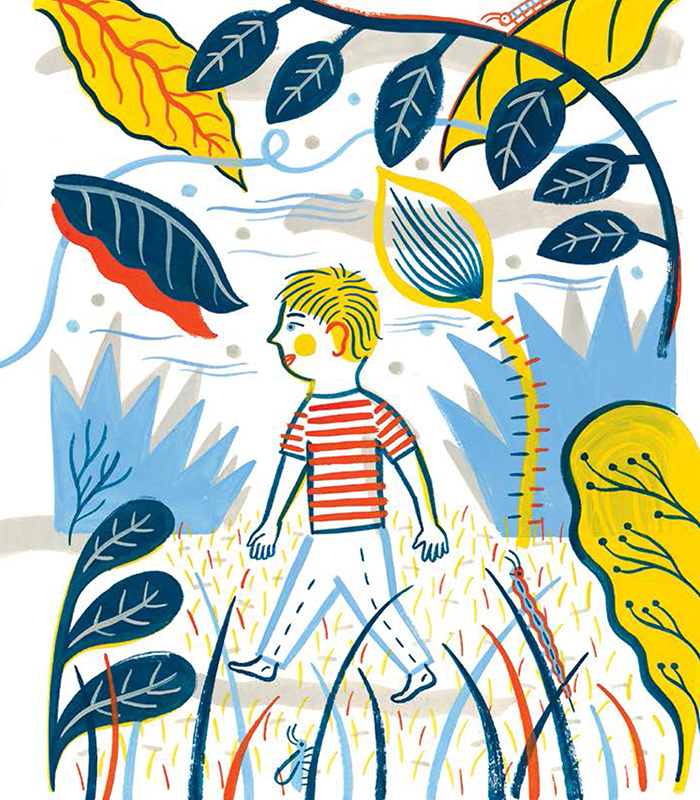 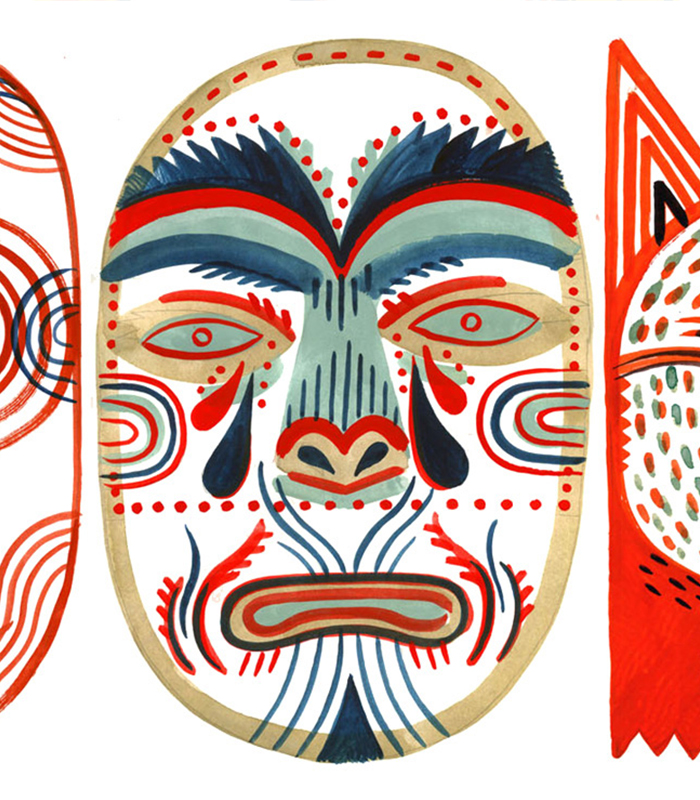 Laurent Moreau is one of the most famous contemporary French illustrators. Extremely talented, he has worked with several French publishers such as Actes Sud Junior, Hélium, Rouergue, Gallimard and Milan. His unique, diverse and original books often cross the boundaries between comics, print and graphic design. His works include Nuit de rêve (Actes Sud Junior, 2012),A quoi penses-tu? (Hélium, 2011), Les Beaux Instants (Helium, 2010), Valentin le mécanicien (Actes Sud, 2010), L'enfant dans la tempête (Rouergue, 2009), Jour de pêche (Actes Sud, 2008). He currently lives in Strasbourg where, in 2007, he graduated at the École des Arts Décoratifs. In Italy his works are published by orecchio acerbo: Nella foresta delle maschere (2016), La mia famiglia selvaggia (2014), Dopo (2014) and A che pensi? (2012). Moreau is a member of Central Vapeur, a collective of authors whose illustration festival of the same name, held every year in Strasbourg hosting cartoon artists, independent publishers and zines, is one of the most interesting in Europe.
laurentmoreau.tumblr.com
zeroendictee.free.fr

Blanca is an artistic collective founded in 2014 in Bologna. Eliana Albertini, Irene Coletto, Martina Tonello, and Noemi Fly all met while they were attending the course in Comics and Illustration at the Accademia di Belle Arti in Bologna. Enthusiastic about self-publishing, they immediately decided to create something together. In recent years, Bologna has proven to be a prolific territory for self-publishing, so much that, right after Blanca was born over scribbles and doodles taken on notebooks during History of illustration classes, a magazine with original comics and illustrated stories was made. Written in a clear and simple language, in a straightforward manner, aimed at both young and adult readers, Blanca seeks to promote an innovative approach to childhood and its cultural heritage.
talkwithblanca.tumblr.com
www.facebook.com/talkwithblanca
HOTEL AL CAPPELLO ROSSO

The hotel Al Cappello Rosso has become a sort of BilBOlbul  “guest book” over time. Since the Festival first editions, the hotel invited its guest artists to leave a “physical” sign of their presence in Bologna. And so the themed rooms were born, and each year a different artist is invited to transform, reshape and rearrange a hotel room. Blexbolex, Liniers, Ruppert & Mulot, Alessandro Baronciani, Anna Deflorian and Alice Socal are only some of the cartoonists and illustrators who have left their trace at the hotel over the years.
This year’s guest artist is Laurent Moreau. His minimal and fluid line, his flat yet vivid colors, the graphic attention and the expressiveness of his characters are the trademarks of his style. His seemingly simple stories often hide deep and obscure worlds within them. His ironic and bewildered creatures – trees, flowers,  children, animals and landscapes – will come to life on the room walls. Next to Laurent Moreau’s, a second room will host some illustrations dedicated to last year’s hotel guests, arranged in a set made by the collective Blanca.