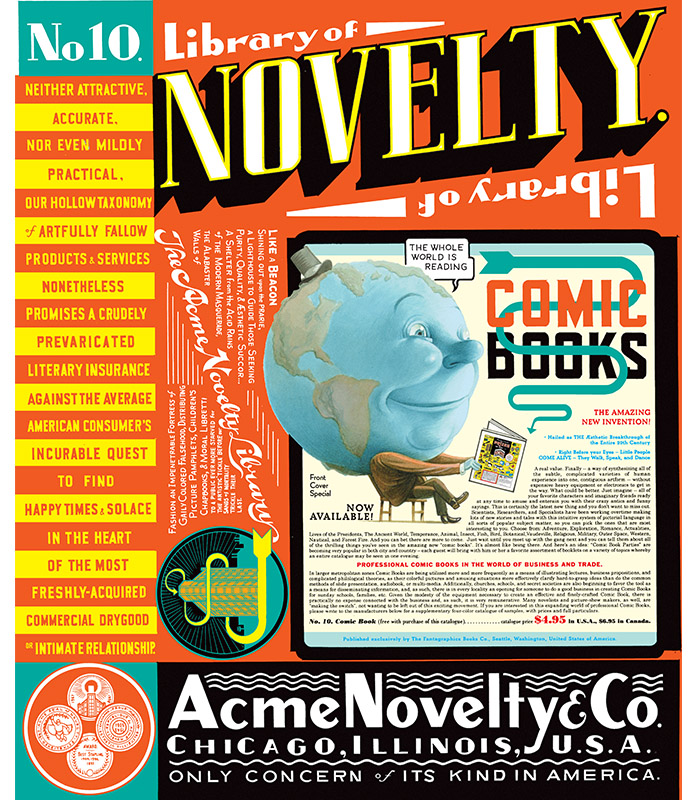 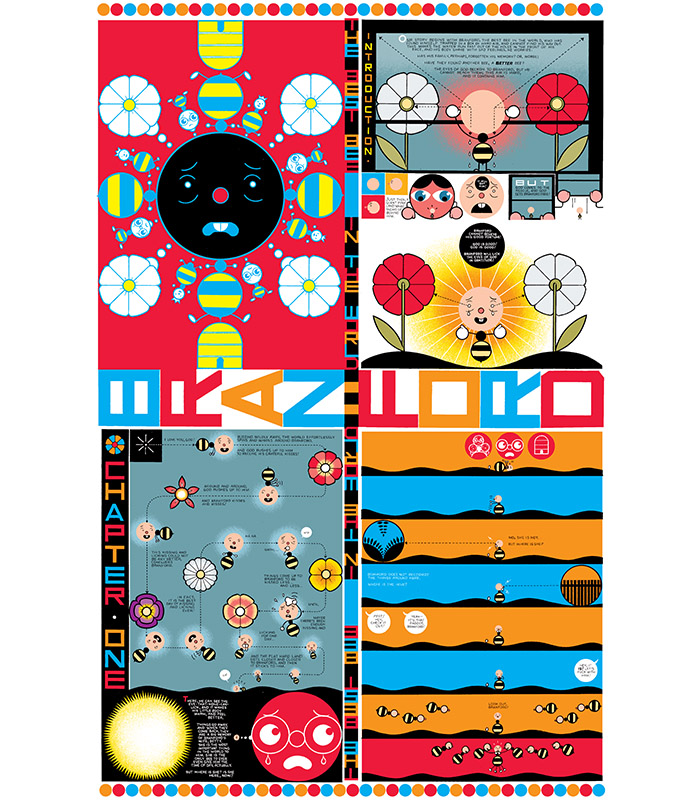 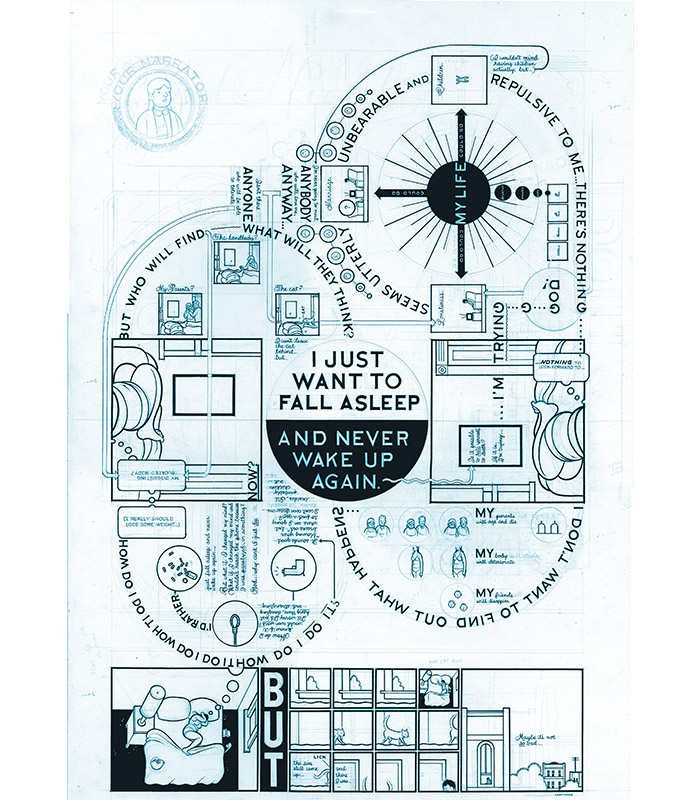 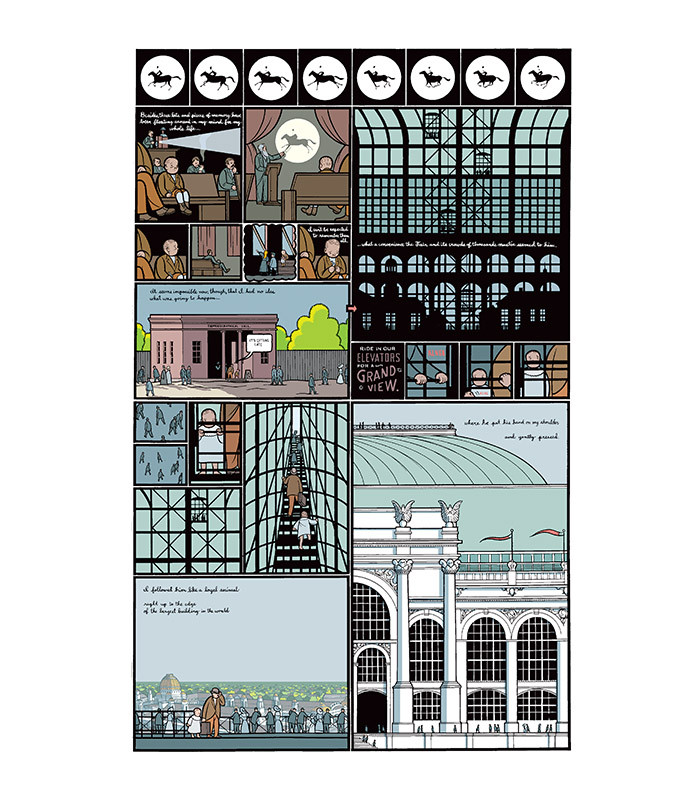 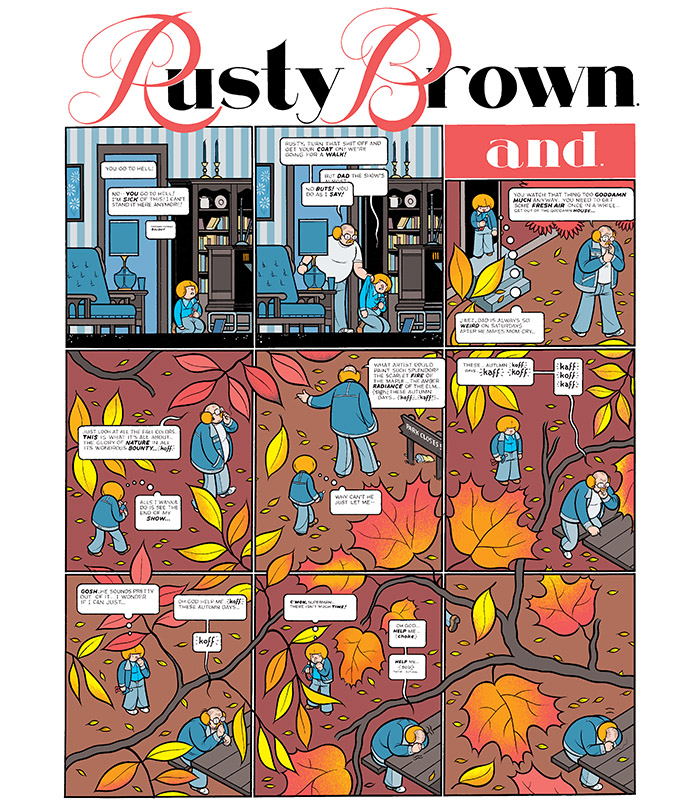 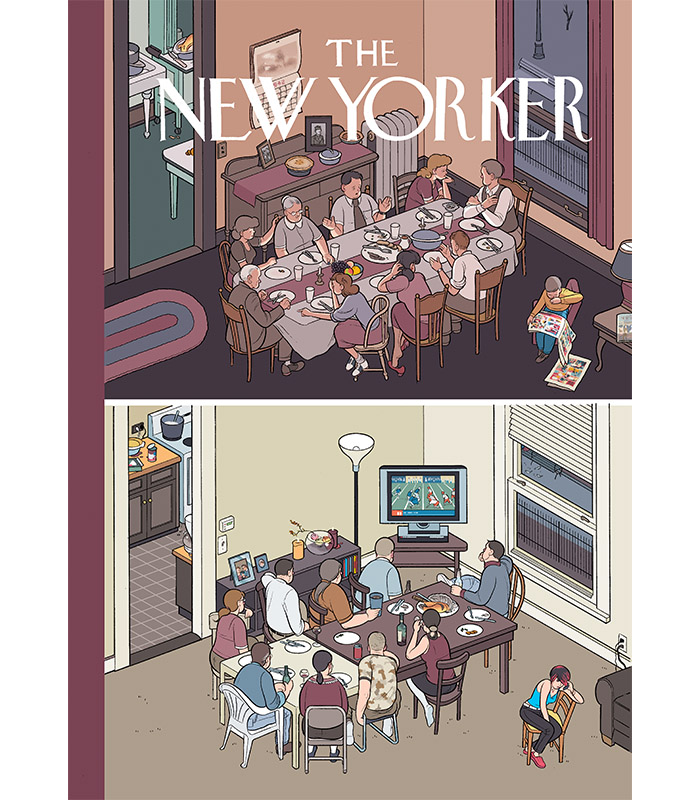 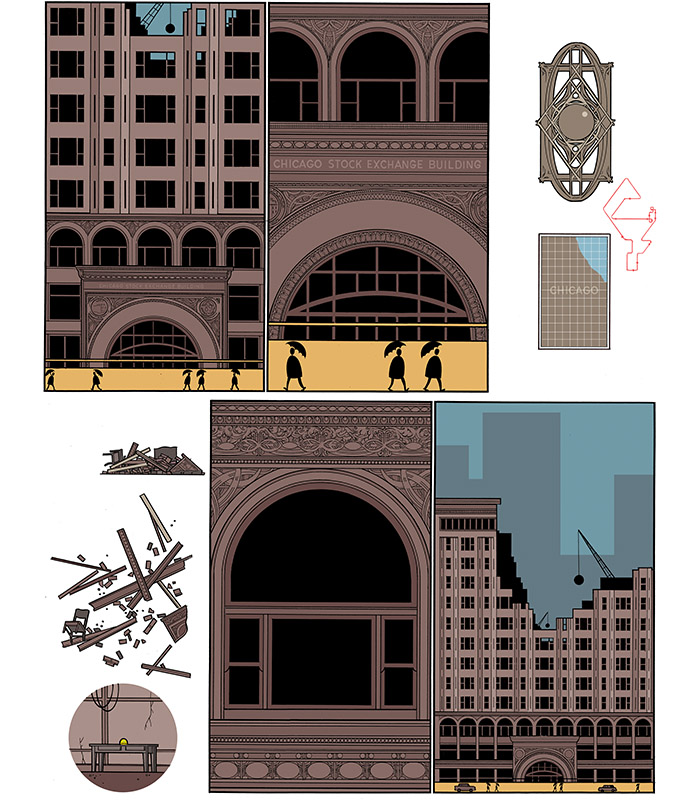 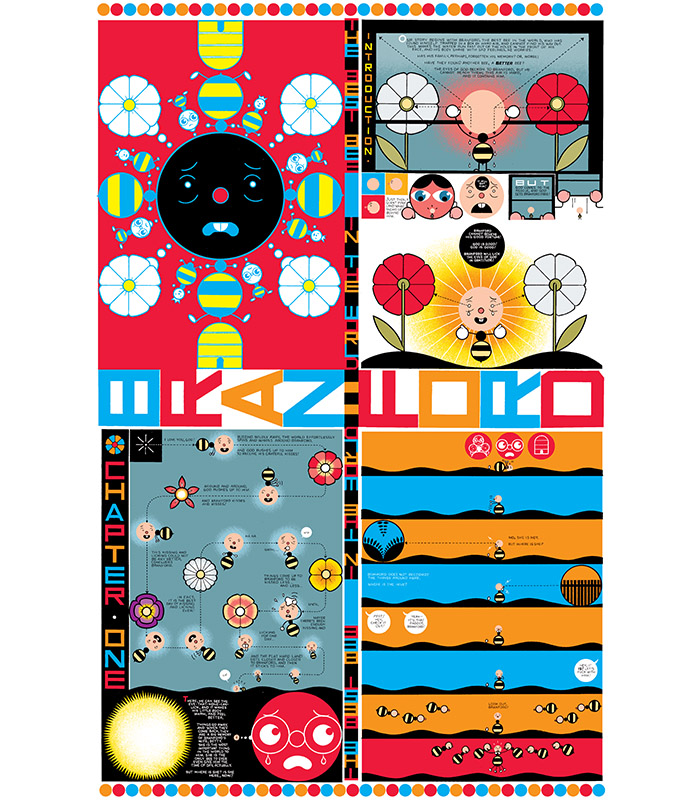 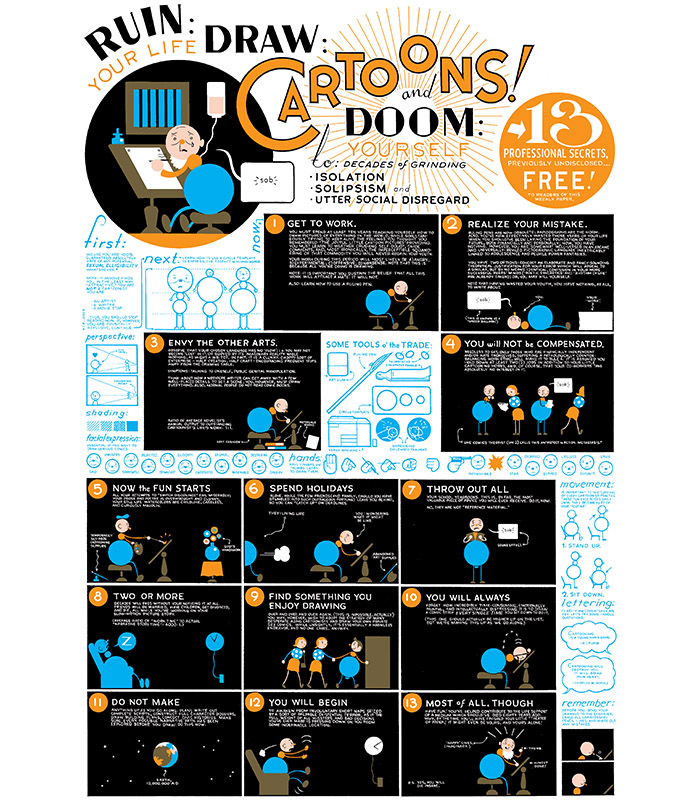 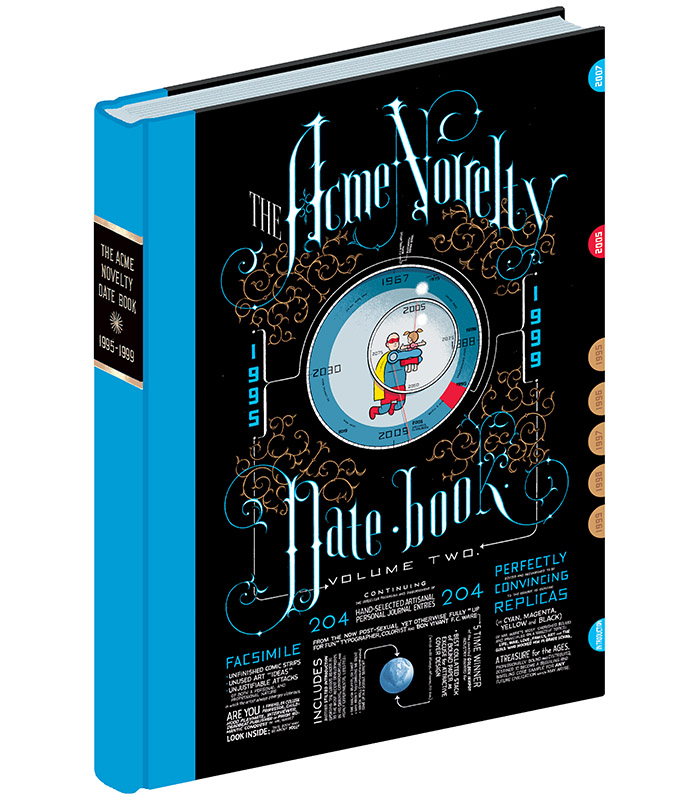 Chris Ware was born in Omaha, Nebraska, in 1967. He began his career in the late eighties after meeting Art Spiegelman, who gave him a few pages in RAW magazine.
In 1992 he moved to Chicago, where he collaborated with newspapers New City and Chicago Reader. Part of the work that has been made in those years formed the The ACME Novelty Library series (published by Fantagraphics in 1993 and later, from 2006, by Drawn & Quarterly), which collects stories, illustrations and periodical narratives in the making.
On ACME pages was also born his first graphic novel Jimmy Corrigan: The Smartest Kid on Earth (Coconino / Fandango, 2016). Published in episodes in 1993 and later edited into novel format by Pantheon in 2000, it’s one of the fundamental works of the contemporary comics, winner of the American Book Award, the Guardian First Book Award and the award for best album at the Angoulême Festival. His last complete work, Building Stories, soon to be released in Italy by Bao Publishing, is a box containing fourteen volumes and files of different sizes, a "multi-book" that goes beyond the boundaries of the graphic novel canon.
Ware was a co-editor of McSweeney's 13 (2004) and Best American Comics (Houghton-Mifflin, 2007), oversaw reissues of classic cartoon as Gasoline Alley and Krazy Kat, and has designed several covers for the New Yorker. Now he is continuing the work on the series Rusty Brown, a choral opera set in his hometown.
His works have been exhibited in numerous museums of contemporary art in the United States and abroad, including the Whitney Museum of American Art and the Museum of Contemporary Art in Chicago.
26 NOVEMBER ~ 7 JANUARY
FONDAZIONE DEL MONTE DI BOLOGNA E RAVENNA

In collaboration with
Galerie Martel, Transbook Children's Literature on the Move, Bao Publishing

Bilbolbul presents the first Italian monographic exhibition dedicated to Chris Ware, one of the most beloved and influential contemporary artist.

Referring to multiple sources of inspiration – from Tolstoy to Updike, from Hopper to Crumb, from Dave Eggers to Zadie Smith -, Ware radically reshaped the parameters of realism, broking barriers between comics and visual arts, questioning the idea of the graphic novel itself, assuring at the same time its potential. Within the thick black lines enclosing his characters and environments, the strict orthogonal composition and the intense emotion of the colors, the banality of everyday life becomes monumental. But beyond the strong aesthetic seduction that his works evoke at first sight, a constant tension between reality and perception, truth and memory, irony and longing emerges.

The exhibition will be an opportunity to retrace the author’s career, from his debut with The ACME Novelty Library to his most famous works Jimmy Corrigan: The Smartest Kid on Earth and Building Stories.