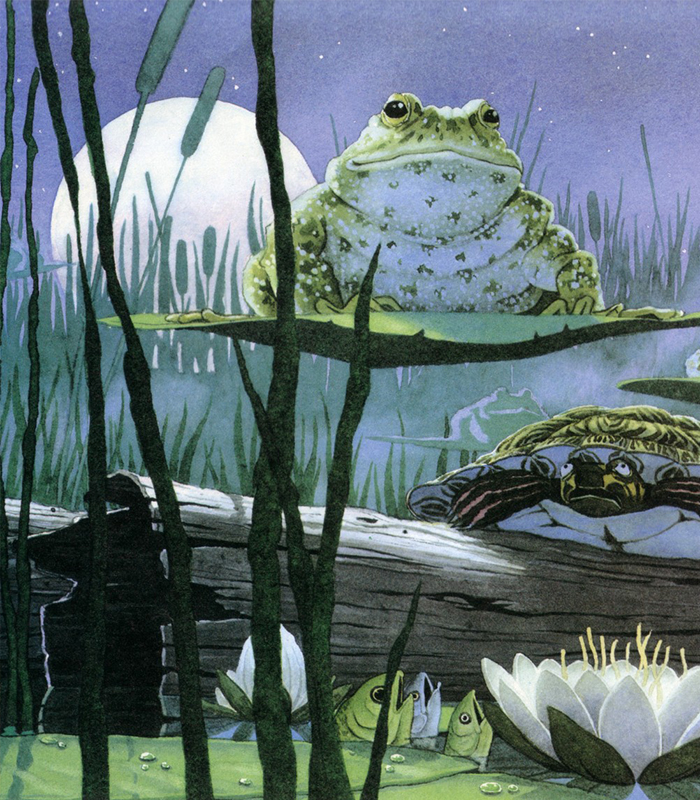 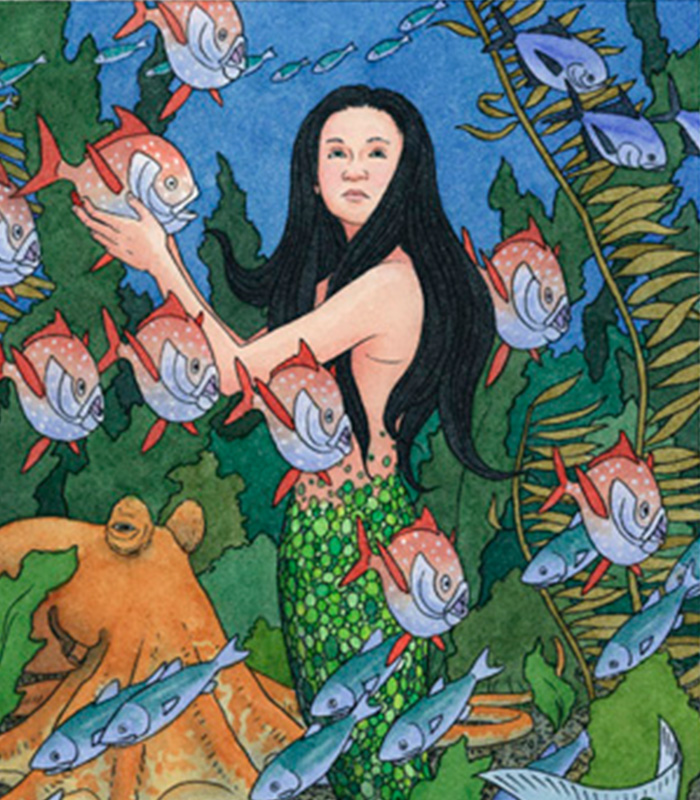 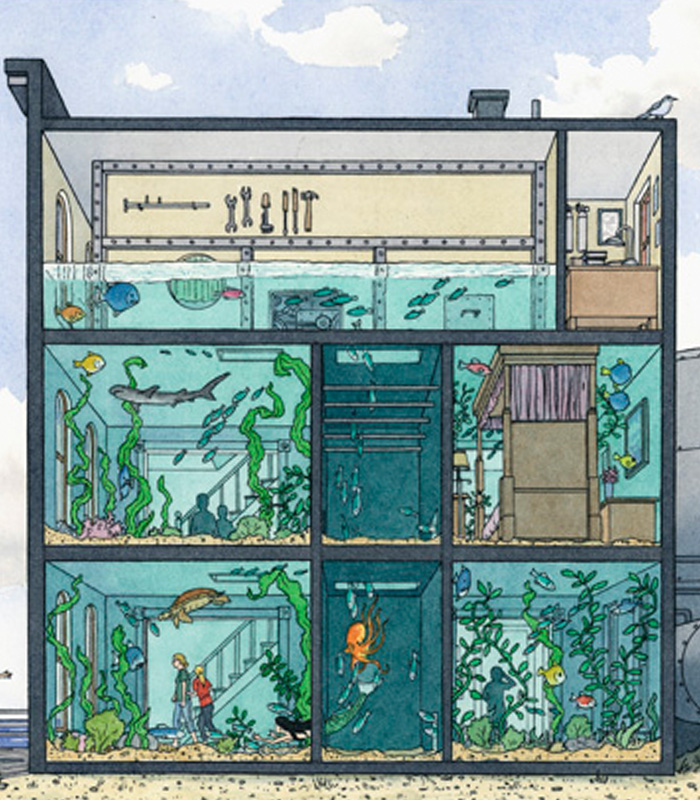 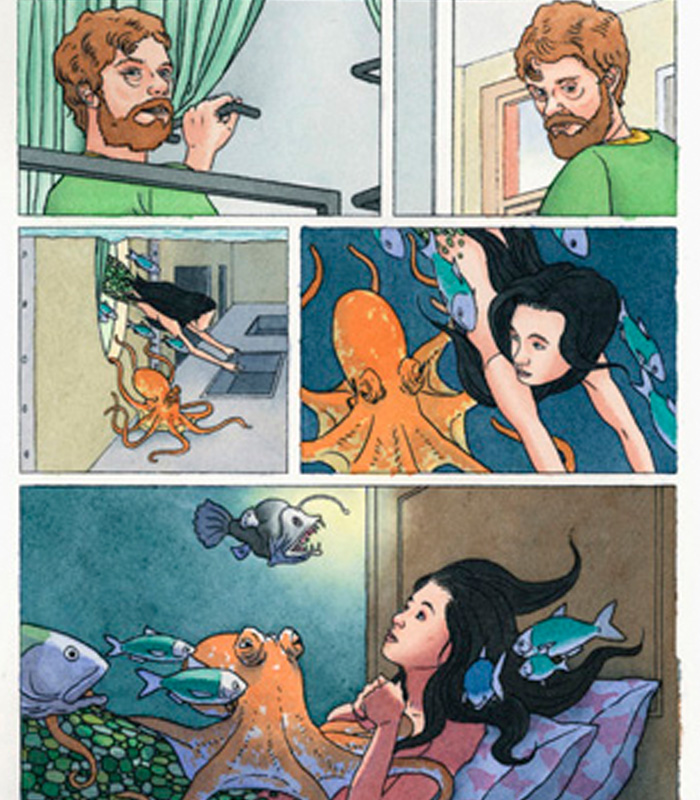 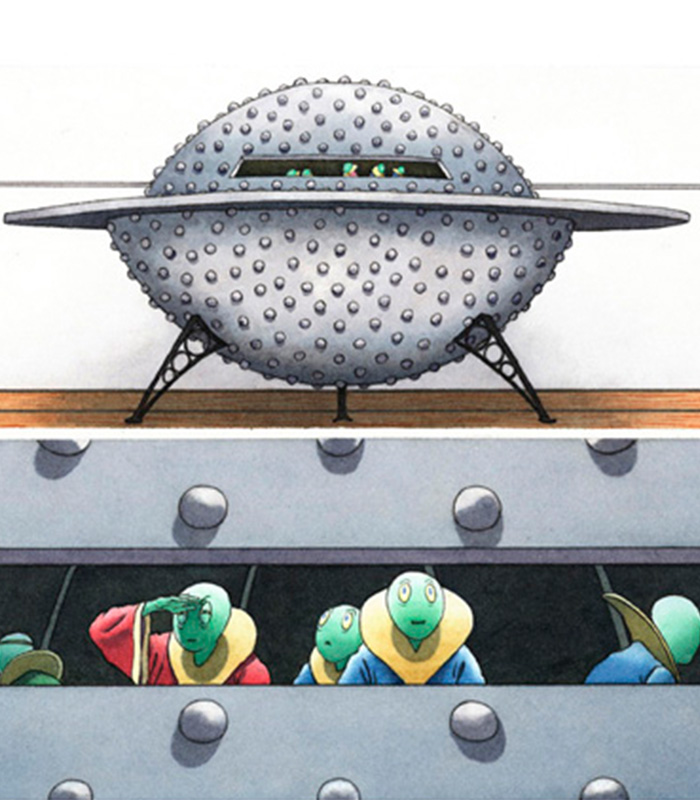 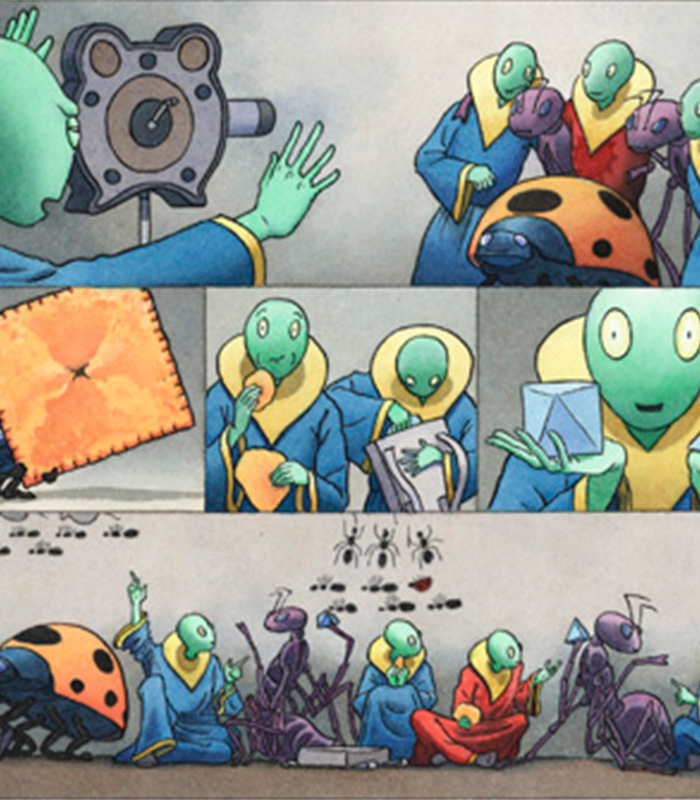 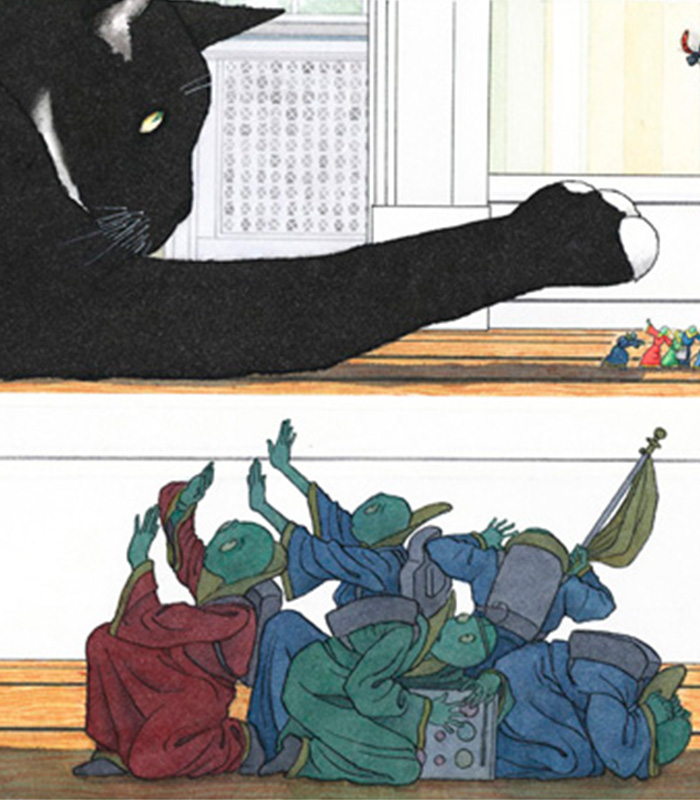 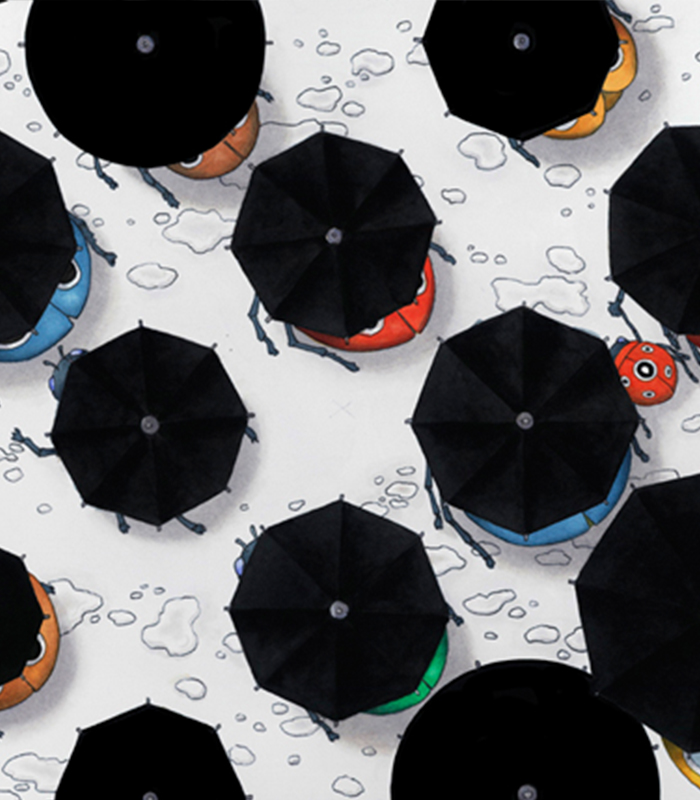 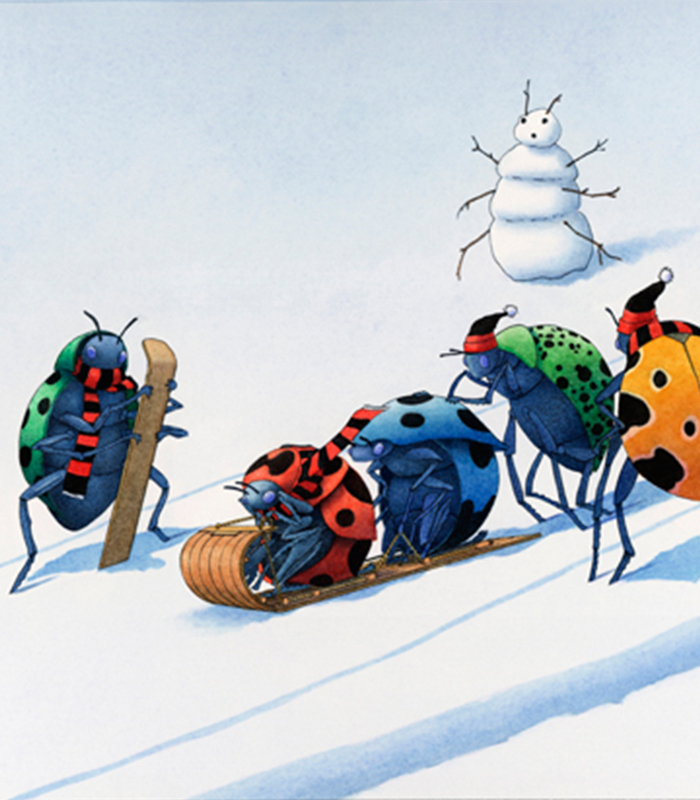 David Wiesner was born in the United States in 1956. His books have been translated into dozen of languages and have won numerous awards. Three times - in 1992 with Tuesday, in 2002 with The Three Pigs and in 2007 with Flotsam - he won the Caldecott Medal, the most prestigious award in American children's books, and three times he received the Caldecott Honor, the last in 2014 for Mr. Wuffles! (Italian Mr. Ubik!). Other honors include the Japan Picture Book Award, the Prix Sorcières and Deutscher Jugendliteratur Preis. For the Spot app project he was awarded in 2015 with the Bologna Digital Award, the highest recognition in the field of digital publishing.
25 NOVEMBER ~ 27 JANUARY
CINETECA DI BOLOGNA

For the tenth edition of Bilbolbul, Cineteca opens its doors to the genius of David Wiesner, one of the most loved and sophisticated authors of picture book in the whole world. The realistic style of his drawings, the peculiarity of his imagination and of his wordless stories, make the work of Wiesner a classic of contemporary illustration. The first solo exhibition in Italy dedicated to his work, will follow the common thread of looking inside and outside the panel. Through his cinematic eye, Wiesner invents fantastic worlds so precise that they seem real, or actual and ordinary worlds where the impossible suddenly becomes tangible: flying frogs and ladybug’s universes under a microscope, cats playing with aliens and houses-pools inhabited by the sirens. The viewer will move between zoom and perspectives, humor, suspense and constant tilting. In addition to drawings and preparatory sketches from his best-known books, such as Martedì – that will be published by Orecchio acerbo for the occasion – Mr. Ubik !, Art and Max, you’ll preview Fish Girl boards, first comic book of American artist (yet unpublished), and the preparatory boards for Spot, an app for tablets that plays with the effect of pinch-and-zoom. David Wiesner’s passion for cinema will be the focus of a series of films selected by him on scree in Cineteca during the month of November.