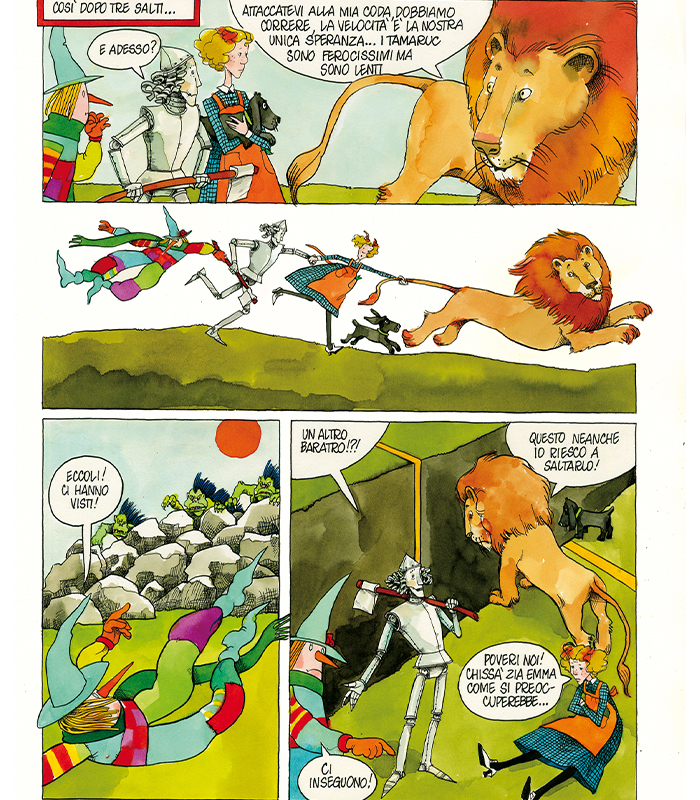 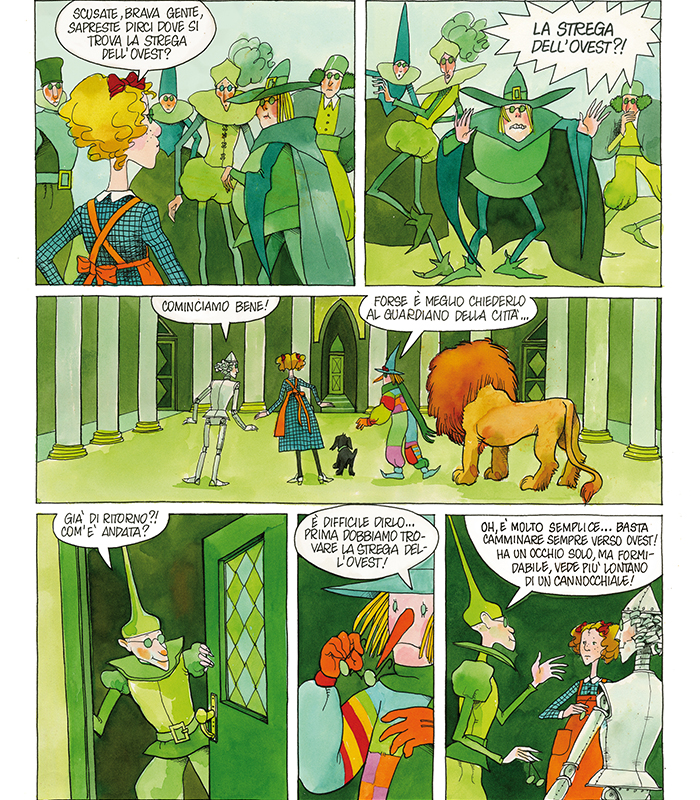 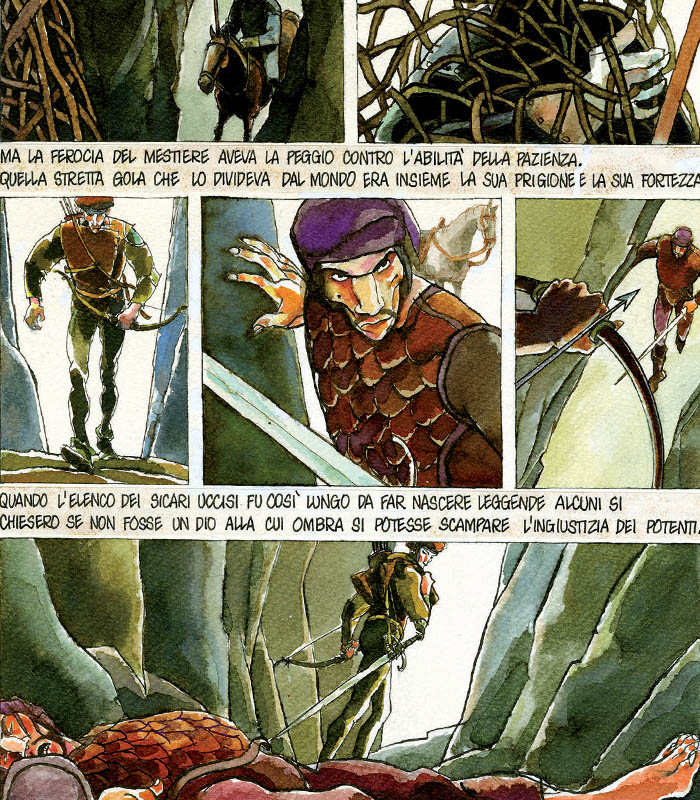 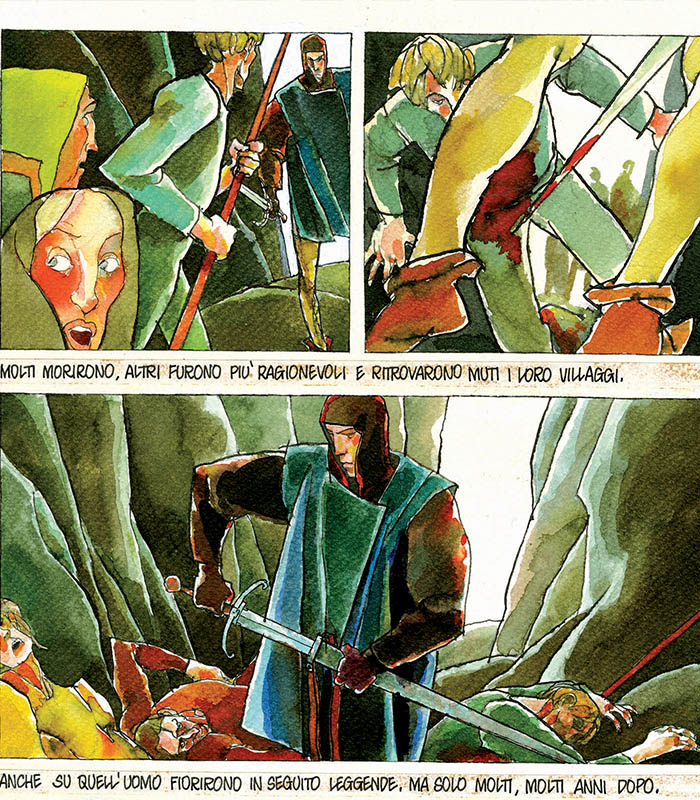 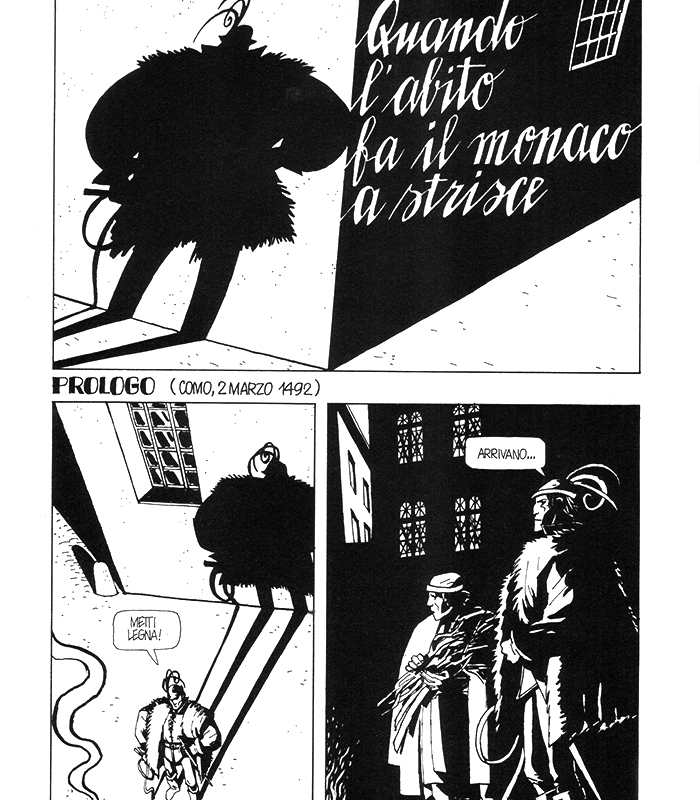 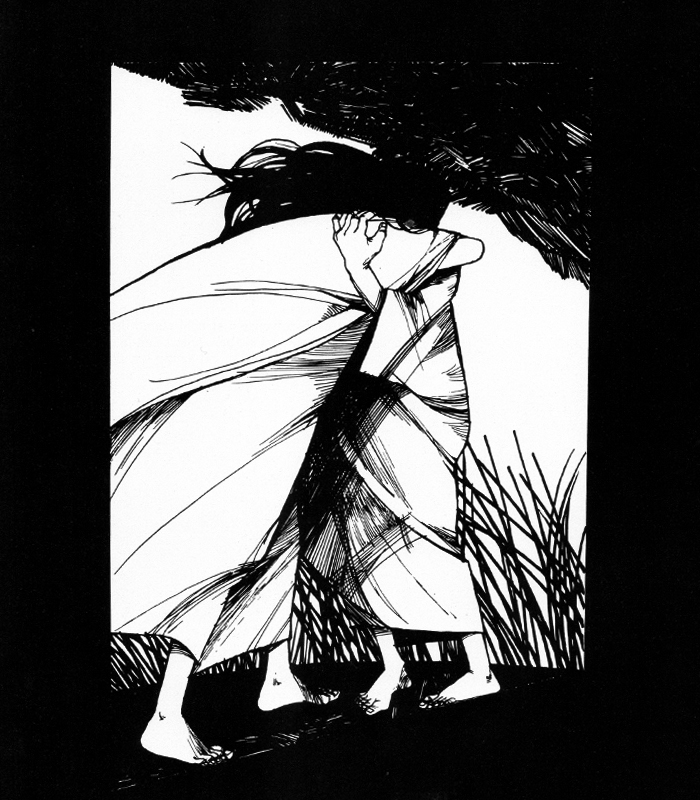 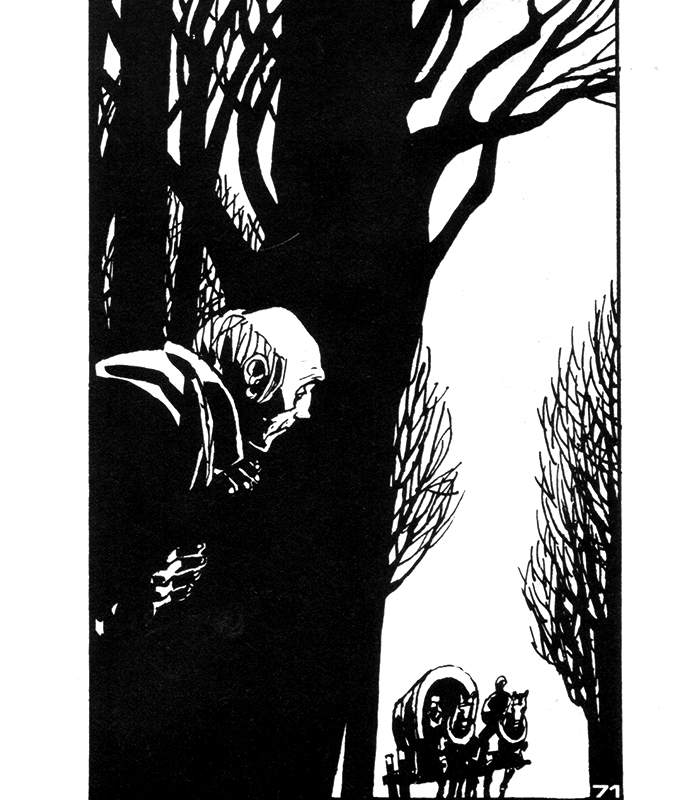 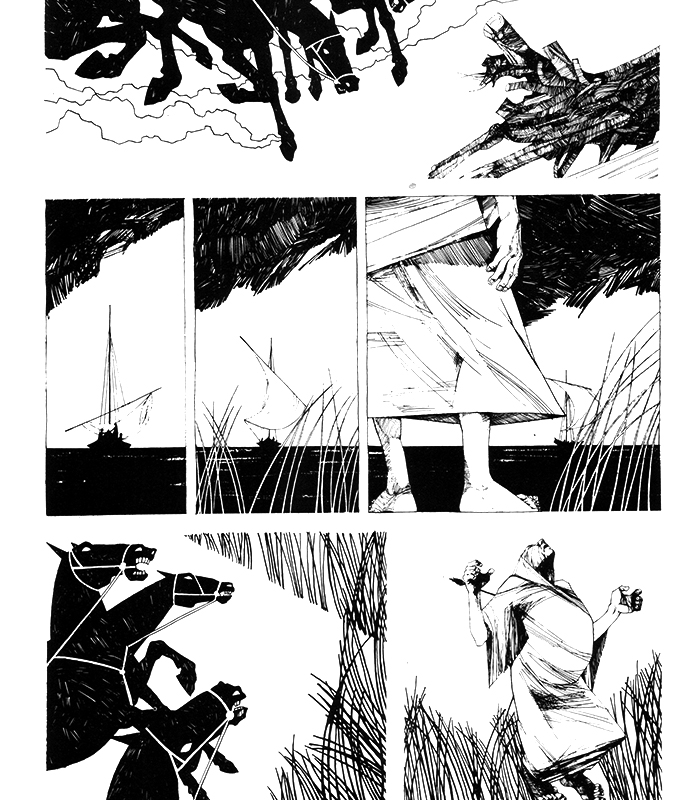 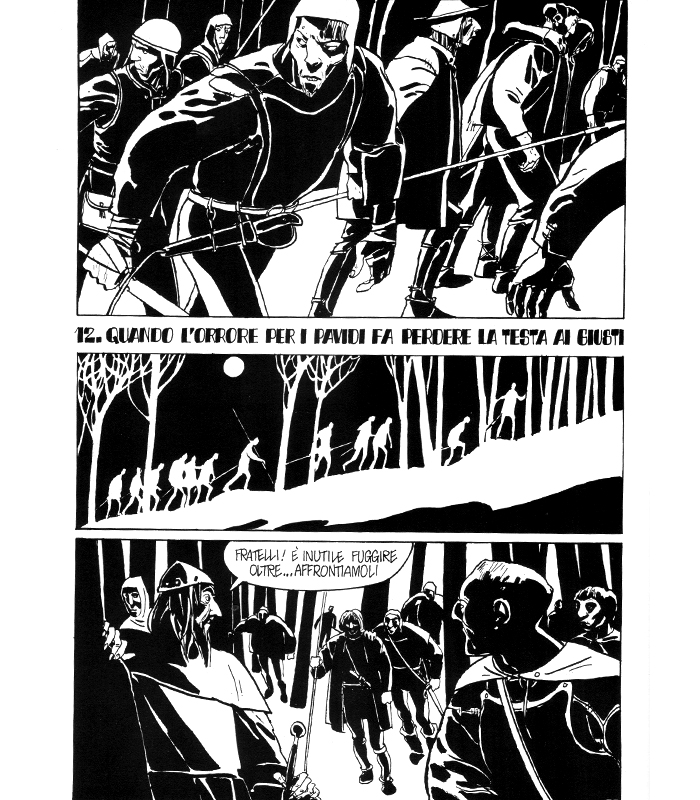 Anna Brandoli was born in Milan in 1945. She attended the Scuola d'Arte del Castello Sforzesco and, after working in advertising, started drawing comics. In 1977 with La Strega ("Alter Alter"), she begins the collaboration with the writer Renato Queirolo, continuing with the comic book reduction of Il mago di Oz ("Corriere dei Piccoli").
Born in Milan in 1944, Renato Queirolo studied at the Brera Academy, worked as a graphic designer, arriving to the comic in 1977 with the script for La Strega with Anna Brandoli's drawings. In addition to their tandem work, from 1984 to 1990 he was curator for L’Isola Trovata Publishing, for which he published Alias. From 1989 he worked for Bonelli Publishing as a supervisor for Zagor, Nick Raider, Mister No and the Volto nascosto mini-series, as well as a writer for a few episodes of Magico vento by Gianfranco Manfredi.
NELLA FIABA E NELLA STORIA, NELL'AVVENTURA E NELLA CRONACA

The partnership between Renato Queirolo and Anna Brandoli created, between 1977 and the mid-eighties, some of the most intense and original stories of Italian comics, appeared on “Linus” and later in “Orient Express”.

The authors use the historical setting merging a great deal of documentary research and imaginary stories, able to renew the adventure genre and reveal a darker turn of events. The world of Rebecca e La Strega is populated by astrologers, millers, inquisitors, slaves, witches and werewolves, mirroring the Italy of the Seventies, including allegories of power and protagonists who embody certain ideals of the feminist movement.

The exhibition, held in the Aula Magna of Accademia di Belle Arti, aims to bring the public’s attention to the work of the authors: the dry, caustic and elegant handwriting of Queirolo and the expressive power of Brandoli.

From the strong contrasts of La Strega, to Rebecca, including children’s books like La fata Colorina e Il mago di Oz, with color experimentations proving the ability to handle lighter stories, the exhibition display the changing style of the two authors, too much forgotten until the precious recovery by ComicOut editions.