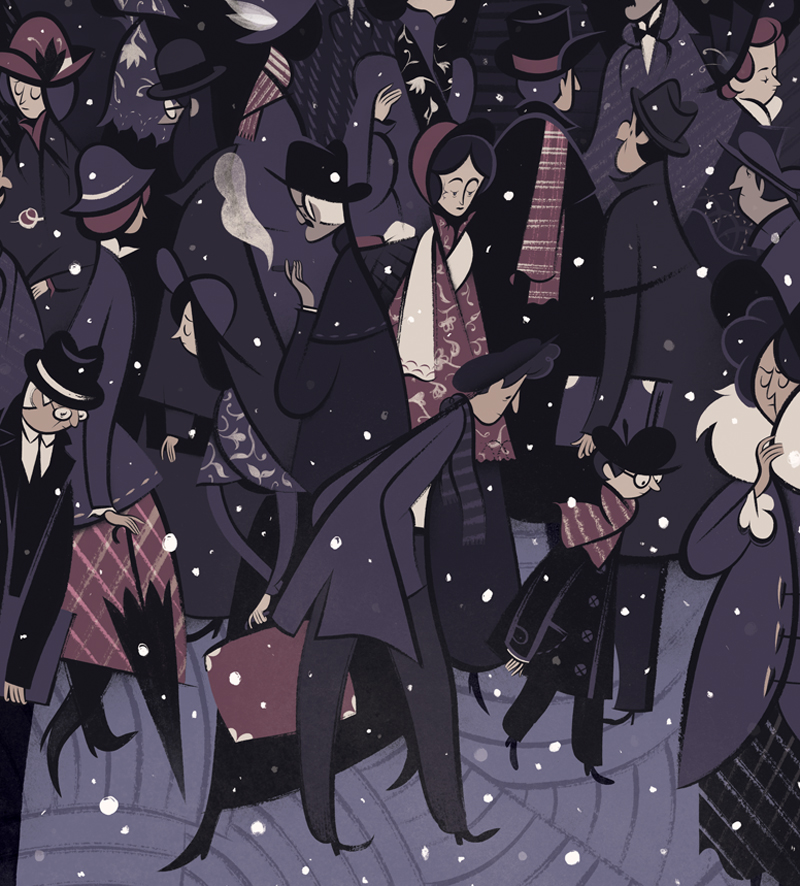 Roman Muradov is a Russian illustrator and comics artist who lives in San Francisco. He has published illustrations for New Yorker, New York Times, Wall Street Journal, Penguin, Random House, Vogue, Time and others. For five years he has been publishing the DIY fanzine The Yellow Zine, completely made of his own work. His first graphic novel Picnic Ruined came out in fall 2013 with Retrofit Comics, while in September of 2014 Nobrow published (In A Sense) Lost & Found. In Italy two of his stories have appeared in Teiera and Delebile, while Retina published a collection of his short stories from The Yellow Zine.

Roman Muradov is one of the most interesting voices in young American comics. His illustrations and comics have been published by “The New Yorker,” “The New York Times,” “The Wall Street Journal,” Penguin and Nobrow, among others. The author proposes a course to explore the borders of the language of comics: a journey into the creative processes that bring about the construction of a story, where alley ways becomes a creative stimulus.
The workshops are designed for aspiring illustrators, lovers of the art, those who work in the sectors of illustration, comics, design and publishing. The workshops will be held in Bologna and are open to a maximum of 20 participants.

TO REGISTER
Registration deadline postponed until November 14!
Send a request to: organizzazione@bilbolbul.net
Request will be taken until places are filled; once confirmation is sent the participant should send in the 60 euro deposit. Courses are open up to 20 people and will be held with a minimum of 12 participants.
Room, board and materials are the responsibility of the participant: those enrolled will recieve further information on what to bring to the course.