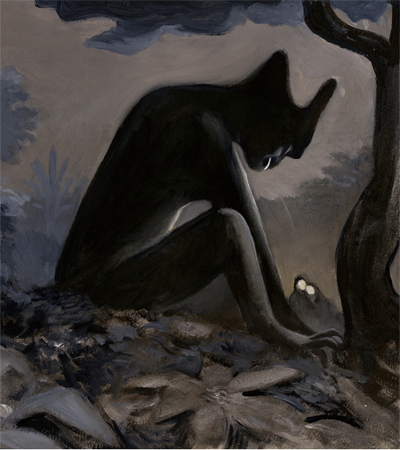 Manuele Fior was born in Cesena in 1975.
In 1994 he won first prize at the “Bienal do Juvenes Criadores do mediteraneo” in Lisbon, comic section. After completing his degree in architecture in Venice in 2000, he moved to Berlin, where he worked until 2005 as a comics artist, illustrator and architect. He began collaborating with the German publisher Avant-Verlag in 2001with the magazine “Plaque.” Since then he has produced a great number of short comic stories written in collaboration with his brother Daniele, such as “Black,” “Bile Noir,” “Stripburger,” “Foresten,” “Osmosa.”
In 2005 he moved first to Oslo and then to Paris where he still lives today.

Manuel Fior is one of the most important Italian comic authors working today; he is also an active illustrator and has for some time collaborated with La Repubblica on a weekly poetry insert. For the lab at the festival Fior will take participants into the dense world of images, images that are not revealed at first glance, much like poetry that cannot be understood with one reading. Participants will use the gouache technique under the expert guidance of the author.
The workshops are designed for aspiring illustrators, lovers of the art, those who work in the sectors of illustration, comics, design and publishing. The workshops will be held in Bologna and are open to a maximum of 20 participants.
Images © Manuele Fior for La Repubblica

TO REGISTER
Registration deadline postponed until November 14!
Send a request to: organizzazione@bilbolbul.net
Once confirmation is sent the participant should send in the 60 euro deposit. Courses are open up to 20 people and will be held with a minimum of 12 participants.
Room, board and materials are the responsibility of the participant: those enrolled will recieve further information on what to bring to the course.