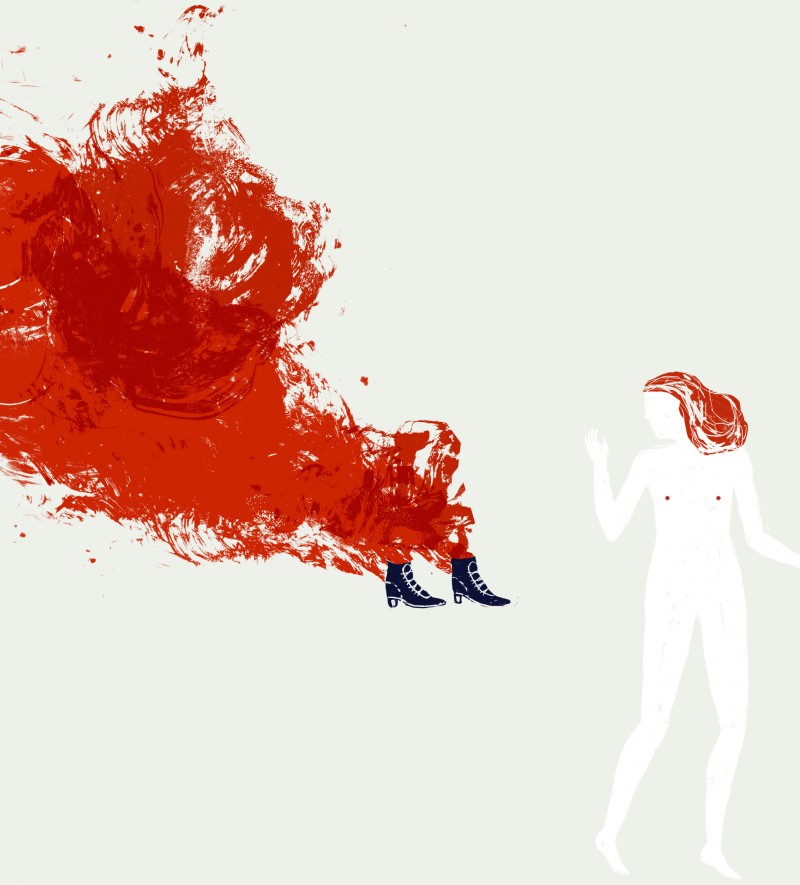 Elisa Talentino graduated in 2009 from the Accademia di Belle Arti di Torino. After which she founded Inamorarti, an artistic printing studio with the designer and screen-printer Paolo Berra.

Her last project is the artist book Le Jar din d'hiver, illustrated and printed by Talentino, it was published by Print About Me in November 2013.

Since 2010 she has taught screen-printing in schools and at Inamorarti.

Luisa Pellegrino was born in 1983 in Cuneo. She holds a doctorate in postcolonial English literature; she writes for various literary journals and translates. She lives in Torino where she worlds for Pilou, a home meals service.

Since I had been with Sandro he had reattached an ear, a finger, a foot, a hand, even a breast. He had become so good at it that you couldn’t see the stitches right away and he had even found a thread the same color as skin.

Setting off from a story by Luisa Pellegrino, Elisa Talento reflects on the act of sewing, cutting thread, needlework and the patchwork that connects our lives and relationships. A book printed entirely with risograph and a screen-printed cover. The book will be edited, printed and produced by Inuit Editions.

The exhibition will show prints from the books and animated videos connected to the project.