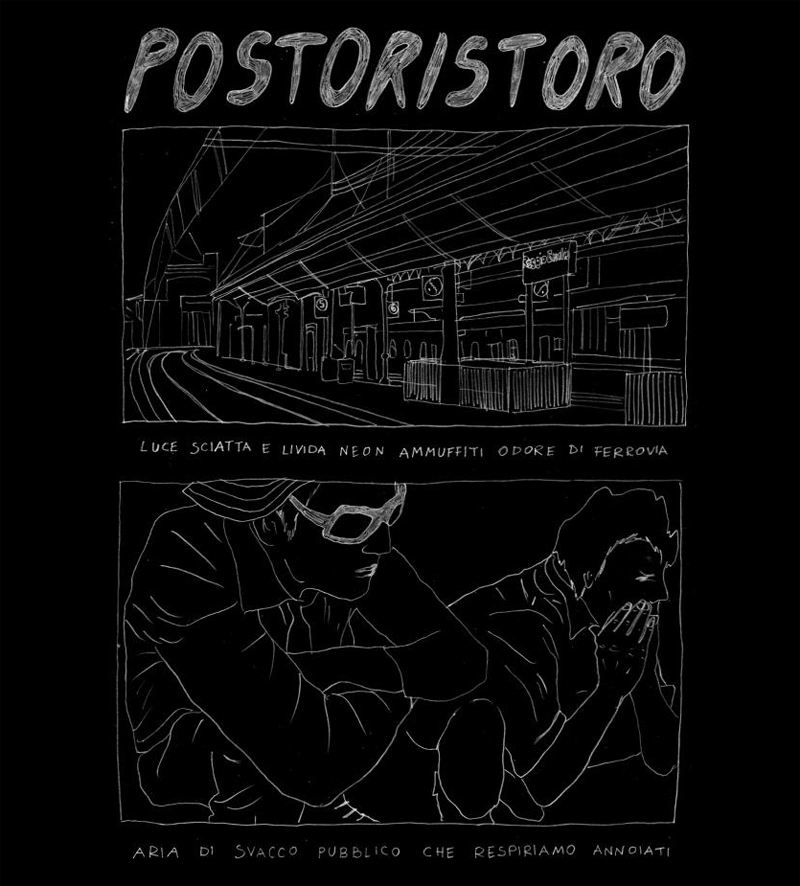 Serena Schinaia born in Taranto and lives and works in Rome. She studied in Bologna where she earned her undergraduate degree in Aesthetic Philosophy and attended the Accademia Drosselmeier, center for children’s literature. She also graduated from Accademia di Belle Arti di Bologna in Comics. In 2012 she one the Reportage Prize from Reality Draws, after which she worked with Gruppo Ponte Radio on reportage project in Palestine. In 2010 she wrote and produced an experimental short film with a Janus-head structure, 7 A RITROSO SORTIRA’ 7, which won prizes at national film festivals. She is also the illustrator of the introduction to the novel IL SACRIFICIO DI ÉVA IZSÁK by Januaria Piromallo published by Chiarelettere (2014).

Coop for Words
Created as a literary prized by Coop Adriatica Coop Consumatori Nordest, Coop Lombardia, Coop Estense and Coop Liguria, along with Gruppo IGD, “Coop for Words- Write Young” has become a permanent showcase for authors aged 15 to 35.

The contest is held once a year with the help of a prestigious jury. For the comic section, the authors were invited to present a short story of two storyboards, imagined as a preface to a contemporary literary work (from the 20th century to today) of their choice. The comic should demonstrate the environment, themes or emotions of the reader.

The 2014 competition drew a great number of participants and the jury of experts chose Serena Schinaia as winner of the comic section. Finalists in this section include: Davide Abbate, Vincenzo Bizzarri, Fabio Bonetti, Elena Guidolin, Federico Manzone, Gabriele Peddes, Davide Pighin, Marco and Riccardo Tabilio, Francesca Zoni. The winner, Serena Schinaia will have an exhibition dedicated to her work at Studio Ram, which will include the storyboard introduction and that the author will have the possibility of expanding upon for the young series Narrazioni from Chiarelettere.

The best ten works from each category will be included in an anthology that will be distributed in Coop Adriatica, Coop Consumatori Nordest, Coop Lombardia, Coop Estense and in Librerie.coop shops throughout Italy.

All of the contestants’ pieces can be read at: www.coopforwords.it

Characters without identities investigate a world full of strangeness and disappearances. Troubled movements, unrecognizable environments and figures are strung together in a context subject to constant and unstoppable change. A collection of materials that explore the unwanted and dismissed, stories never fully concluded, always in flux. In a Mediterranean setting with blinding light and a dark nature that is difficult to control. Dispersed lines in search of a home that can never be found. The show presents a composite environment. A selection of original storyboards will be shown along with large format drawings and murals.