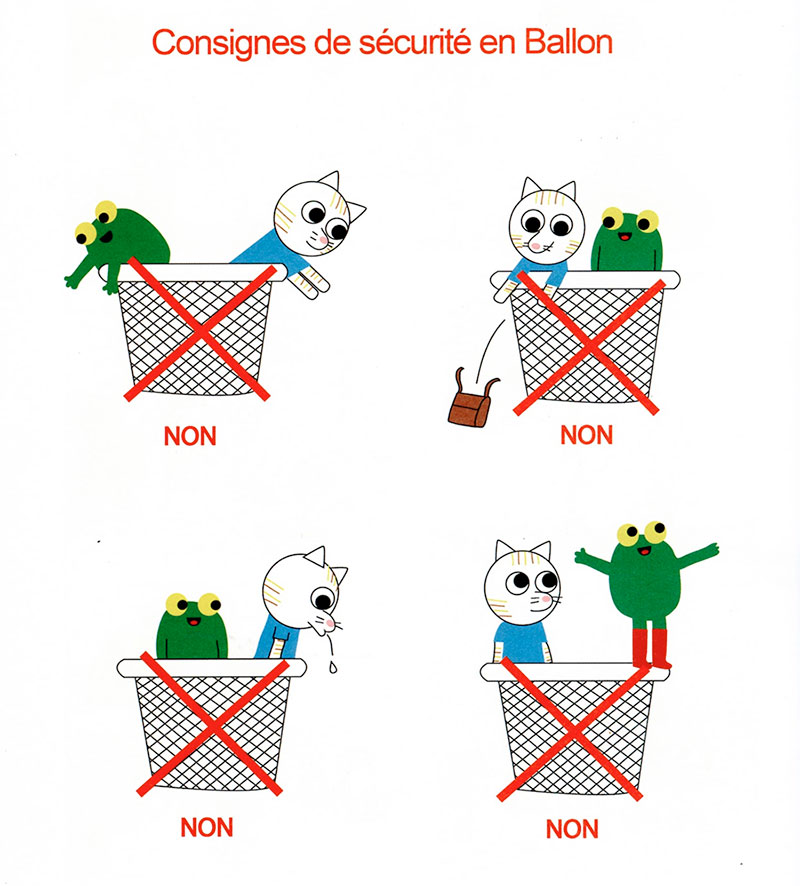 Anouk Ricard (France) is one of the most beloved and innovative artists of her generation. She has been a part of the editorial staff of Capsule Cosmique magazine since its founding in 2004; the magazine for children has had great critical and public success in France (having gained thirteen thousand subscribers soon after launching).
Since 2007 she has published the series Anna et Froga with Sarbacane press and has been nominated twice at the Angoulême festival. In 2010 she published Patti et les fourmis, the adventures of a girl who becomes as small as an ant, with Gallimard press.

In collaboration with
Alliance Française Bologne

Since the beginning, one of BilBOlbul’s main objectives has been the promotion of comics for children and young adults; Anouk Ricard will be at the center of this year’s festival with a show dedicated to her work at the Cineteca of Bologna. The show will feature workshops for children, meetings with the artist for both children and adults and a new project for the Week in Honor of Children’s Rights.
Anouk Ricard’s work is still unpublished in Italy: for the eighth edition of this festival some of the stories of Anna and Frog are being prepared for translation and publication. This will only go to enrich the library of comics available to children in Italy and help them to cultivate a passion for this art form from an early age. In collaboration with the National Center for the Book and Reading the book In vitro will be presented for publication by one of the major Italian presses, acquiring hundreds of copies of the book for distribution in schools and libraries throughout the country.
Anna et Froga, Ricard’s series, that will be on exhibition at the Cineteca, is the story of a frog and a girl. Together with their group of friends: the earthworm Christophe, a dog named Bubu, René the cat, they tell stories of their daily lives. Ricard puts little things at center stage while taking on the point of view of a young child, perfectly grasping her passions, desires, and the boredom that can give way to the most exciting discoveries. She understands the giant problems little ones face in life. Through a childlike irony, Anouk Ricard recreates a vision of childhood left in the hands of actual children with a natural eye. Adults appear very rarely since they aren’t very interesting in the eyes of these “pups.” There are, however, games for when it’s raining, a couch and a television, picnics and spats among friends, in an exhilarating and never monotonous daily life.
Ricard’s minimalist lines are the synthesis of diverse influences: irresistibly naive from the first glance and visually perfectly balanced, the reader revels in the possibility of the variety of situations and feelings. There is a richness of expressivity that allows the author to maintain the same style in her work for both adults and children.