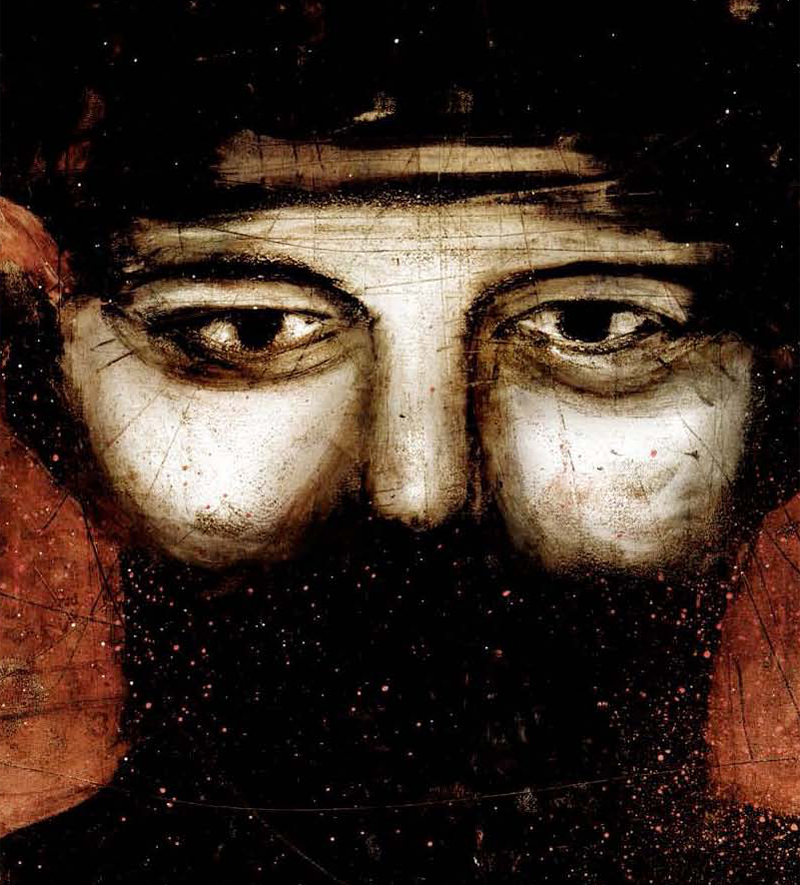 AkaB was born in Milan in 1976. His passion for art and drawing found a home in comics. He is one of the founders of Shok Studio, for which he made the mini-series “Morgue.” He has collaborated with major American publishers: Marvel, Dark Horse, DC Comics. His experimentation brought him towards cinema and after a series of short-films, animations in classic and flash form, in 2003 he made “Mattatoio,” a feature film, which he wrote and directed. It was selected for the 60th Edition of the Venice Film Festival. He then made “Il corpo di Cristo” and “Vita e opere di un Santo.” He has been shown in many expositions and has published a number of books with a range of publishers including ABE, Bd, GRRRzetic. Since 2010 he has been a member of the collective Dummy which has published, along with Monarch two other works: Come un piccolo olocausto and Un uomo mascherato for #logosedizioni.
http://mattatoio23.blogspot.it/
21 E 22 NOVEMBER ~ h 19-21
28 AND 29 NOVEMBER ~ h 19-21 (REPLICA)
Maison 22

In collaboration with
Maison 22

In the haunting darkness of the basement of an old palazzo in the center of Bologna, AkaB opens the doors to the pages of Monarch (#logosedizioni) creating a narrative-psychological atmosphere.

Voices, images, darkness and dankness will be components in this experience; an experience not recommended for claustrophobics or those afraid of the dark.

once in a lullaby”

After the showing the guests (max 32 people on the evenings of Friday the 21st and Saturday the 22nd of November, reservations required) can go up to the light of Maison 22 to talk to the artist and watch a reversal film.

Monarch (#logosedizioni) is the name of a butterfly that makes long migrations over diverse generations, but it is also a method for studying psychological behavior by secret service agencies and exerting control over people in this way. Through terrible visions of horror and physical torture AkAB wakes us to deep human dynamics, accompanying us on a journey from which one cannot be but changed. A book like a palindrome, with two different readings, that looks into the opposing and complimentary nature of words and drawings, between victim and executioner.

30 ways of becoming a slave.

30 ways of returning to freedom.