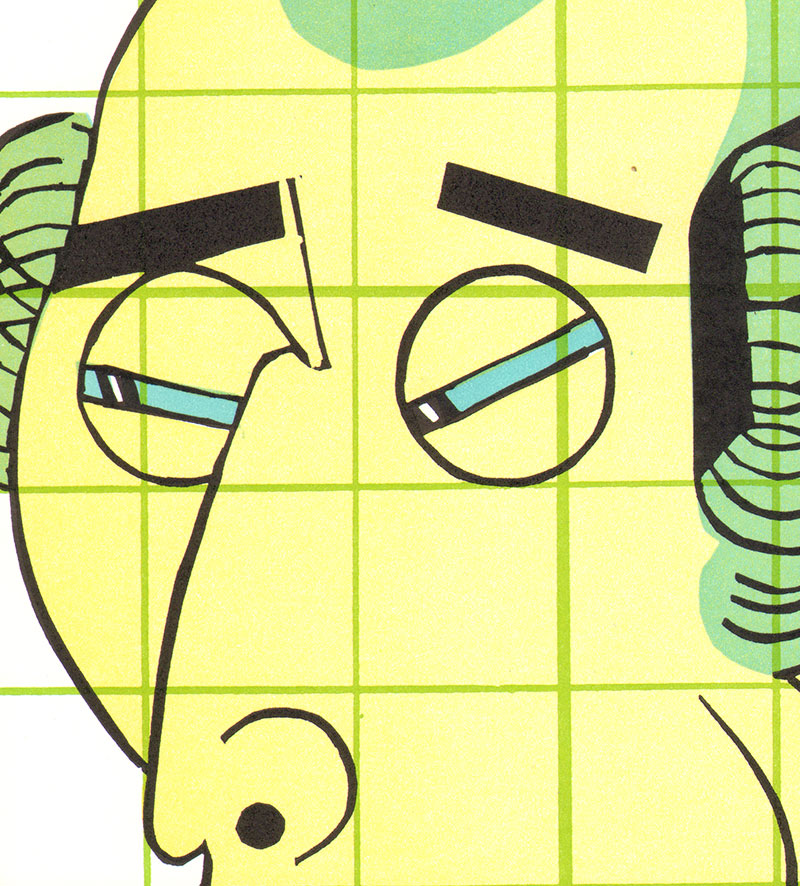 Born in Leipzig in 1939 he studied applied arts at Berlin-Oberschöneweide, at the art school of Berlin Weißensee and has since worked as a freelance graphic artist. First known for his posters in East Germany his fame soon spread throughout the whole country. Following the tradition of Jo Steiner (1877-1935) Pfüller was a pioneer in his work for theater posters. Pfüller has also illustrated numerous children’s books and for the art publisher Lubok, which has published volumes of his images in screenprint. In 1990 he became the coordinator of the Scenography department at the Art School of Berlin Weißensee and in 1992 he was named professor at the same school. From 1997 to 2005 he was professor of illustration at the Hochschule für Grafik und Buchkunst – Academy of Visual Arts in Leipzig. As a set designer he has worked in many theaters in Berlin and around Germany, but also in Israel and Italy. He has shown in many exhibitions as a solo artist and in collectives in Germany and abroad and he has won many prizes in graphic arts and set design. Since 1996 he has been a member of the Alliance Graphique Internationale (AGI).
21 NOVEMBER ~ 11 DECEMBER
SQUADRO STAMPERIA GALLERIA D'ARTE

Great scholar of the history of manifestos and printing techniques, Volker Pfüller is the link between German expressionism of the early 20th century and his students’ generation (among whom is Anke Feuchtenberger), the young illustrators and artists on exhibition at Lipparini in the collective show curated by Canicola.
Strongly inspired by the work of Jo Steiner (creator of posters for theater and cabaret in Berlin both before at after the First World War) Pfüller has created a great number of posters for theater using lines and colors that are instinctive and colorful, with little theory but an extreme functionality. He is the only artist, other than Steiner, to put the actor at the center of these works (many of which are strangely horizontal), making the actor recognizable to the public thanks to his abilities as a portraitist. He plays with the faces and toys with expression, changing the shape and significance of the work of theater. Pfüller puts the drawing in scene; the figure on the poster is as real as the actor on stage.
The show at Galleria stamperia d’arte Squadro is a singular chance to discover the past and the present in an artist who made history in creating posters for East German theater and to understand the manual labor involved in making manifestos, a major part of the creative process. Pfüller will hold a workshop at Teatro Sì during the festival and will be in conversation with Anke Feuchtenberger for all to attend at the university