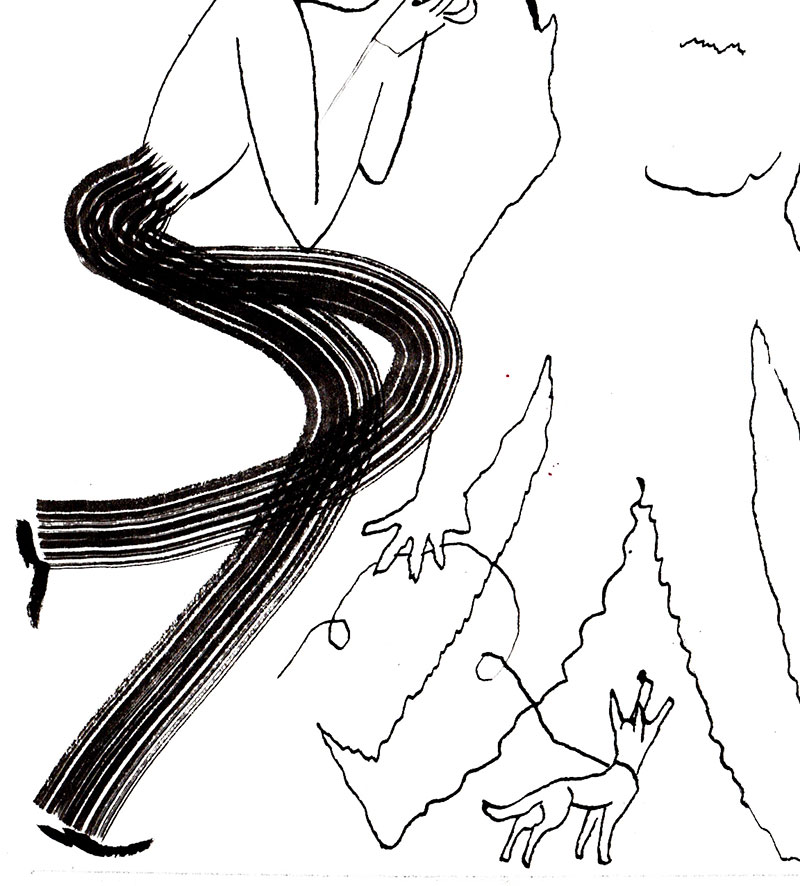 This project was created in collaboration with a laboratory in improvisational music conducted by Nicola Guazzaloca at the Scuola Popolare di Musica Ivan Illich. Apart from the accordion style book made by Alessandro Sanna for the Biblioteca Onirica line from Alessandro Berardinelli Editore, a group of musicians (non-professionals) played and recorded two pieces (front and back) of improvised music, following a method of collective interpretation called “graphic arrangement” put into action by Nicola Guazzaloca during three years of these laboratories.

The musical recording was placed in the hands of six young illustrators (Fabio Tonetto, Elena Guidolin, Luca di Sciullo, Davide De Rosa, Michele Benincasa and Mariavittoria Murace) who without having seen Sanna’s original work, made their own accordion books as they interpreted the music.

It was a fun and interesting experiment for artists interested in exploring the connections between the languages of images and sound.

The show will be on exhibition at Ono Art Gallery and will include the work of Sanna as well as the six young artists, along with the music they listened to as they created.