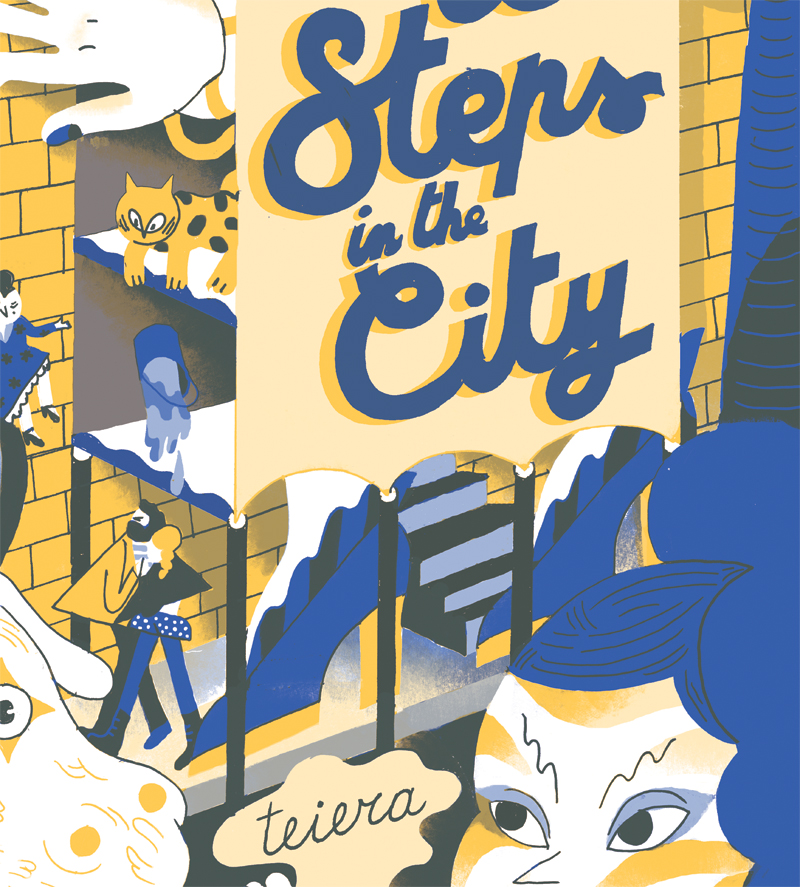 Teiera is a self-production label brom 2010, curated by Cristina Spanò, Giulia Sagramola and Sarah Mazzetti, born from the desire to have fun in realize book together, planning indipendent projects and collaborate with esteemed author, promoting their work in Italy and abroad. Starting from the publishing of monographic booklets, photocopied and hand-bound, Tiera has grown towards anthologic and collective publications.
The anthologies Foto di Gruppo (2010), Ten Steps Until Nothing (2011) and Ten Steps In The City (2013) have collected short comic and illustrated stories by italian and international authors. In 2012, thanks to a crowfunding project, Pick-A-Land has been relized, the first illustrated children's book from the label.
Besides anthologies, Teiera has created the Infusi series, collecting illustrated and comics stories with a common theme: each issue is tied to a word, which initial is a letter from the alphabet.
During the years, Teiera has received various awards, like the Grain Guinigi award as best self-profuction reality during Lucca Comics and Games 2012, and in 2014 the Golden Medal in the Comic and Cartoon Art Competition of the Society of Illustrator do New York.
Besides books, Teiera also manages workshops for children and authors, thalk on the theme of self-production and collaboration such as the one with the Festival del Cinema di Roma, the 1, 2 ,3...Storie! festival and BilBOlbul.

During the festival, the self-production Teiera will produce and bind a risograph book with a screen-printed cover, with the collaboration with CORPOC (Bergamo) and Inuit (Bologna) for the printing. Inside, four stories by the three members of the project (Sarah Mazzetti, Giulia Sagramola, Cristina Spanò) and Roman Muradov, russian-american author and guest of the festival. The four artist will reflect on the idea of Limbo, directly linked to the concept of waiting that’s the focus of their most recent work Waiting Rooms

The materials and the entire working process will be documented day by day in Salaborsa and in a virtual space dedicated to the project, so to allow the public to understand how a book can be self-produced and what are the planning, creative and productive passages preceding its actual material incarnation.

And finally…at the end of the festival, a celebration with the authors for the arrival of the new Teiera’s production!