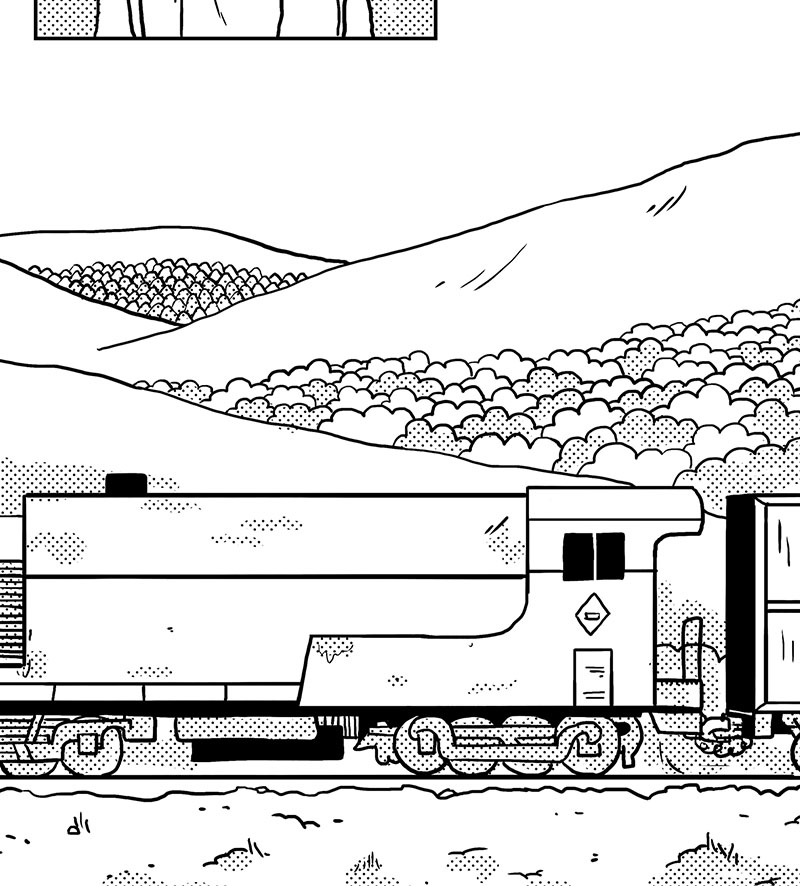 Max de Radiguès (Belgium, 1982) graduated from the Saint Luc School in Brussels in 2004. He is a young and talented author of comics for children and adults. His books have been published by Sarbacane, Six Pieds sous Terre, Delcourt and the Belgian publisher L’employe du moi for which de Radiguès works.
http://www.maxderadigues.com/

Charles Forsman (Pennsylvania, USA, 1982) graduated from the Center for Cartoon Studies in White River Junction, Vermont in 2008. He won the Ignazt award three times in the categories of minicomic, best series and best comic. He is considered one of the major talents on the independent American comics scene today.
He lives in Hancock, Massachusetts, where he works for Oily comics, the independent publishing house which he founded.
http://charlesforsman.com/

Since their first meeting at the Center for Cartoon Studies in 2009, Forsman and de Radiguès have regularly collaborated, promoting and publishing each other’s work.
21 NOVEMBER ~ 14 DECEMBER
VILLA LIPPARINI

In collaboration with
WBI Wallonie-Bruxelles International

BilBOlbul presents two artists from the international scene, one Belgian and one American, who have already worked together in self-publishing a comic, in a joint exhibition, that emphasizes their closeness in themes and style. A delicate, fragile line that adapts well to the themes presented, the ability to represent that indefinite time of adolescence, closed and opened all at once, and an amazing use of dialogue brings these geographically distant artists together in poetics.
For the occasion of BilBOlBul 2014 and the presence of the artists, the independent publisher Delebile Edizioni will publish a book of comics written and designed by both de Radiguès and Forsman; these storyboards will be on show during the exhibition.