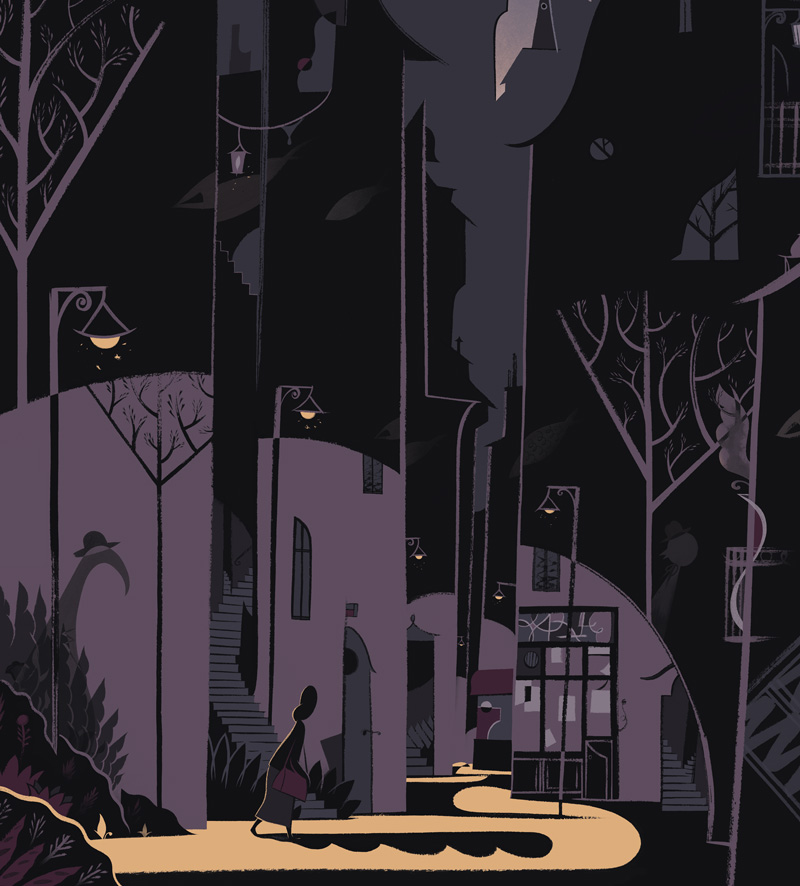 Roman Muradov is a Russian illustrator and comics artist who lives in San Francisco. He has published illustrations for New Yorker, New York Times, Wall Street Journal, Penguin, Random House, Vogue, Time and others. For five years he has been publishing the DIY fanzine The Yellow Zine, completely made of his own work. His first graphic novel Picnic Ruined came out in fall 2013 with Retrofit Comics, while in September of 2014 Nobrow published (In A Sense) Lost & Found. In Italy two of his stories have appeared in Teiera and Delebile, while Retina published a collection of his short stories from The Yellow Zine.

In collaboration with
ZOO

A Russian boy who studied engineering but always wanted to be a writer and without knowing why he became a comics artist and illustrator living in San Francisco who works for the world’s major publishers. It is in this way we’d like to present Roman Muradov, in a medley of pride and modesty.
For a few years he has been self-publishing The Yellow Zine, a reference to Audrey Beardsley’s Yellow Book, for the curious-, full of sharp short stories, full of smart quotes and word-play, in the tradition of Oulipo- and once again for the curious, in his work one will find countless references to Quenau, Perec, Calvino. His storyboards are active, full of movement, like following music; his texts are true and they are streams of consciousness, where the lettering moves on the page, dipping and weaving, and sometimes vanishing.
The festival will be the first showing of Roman Muradov’s work in Italy, an author admired for his refined tastes, audacious compositions in each storyboard and for the profundity of his references. Listen for his reflections on his role and task as an artist.