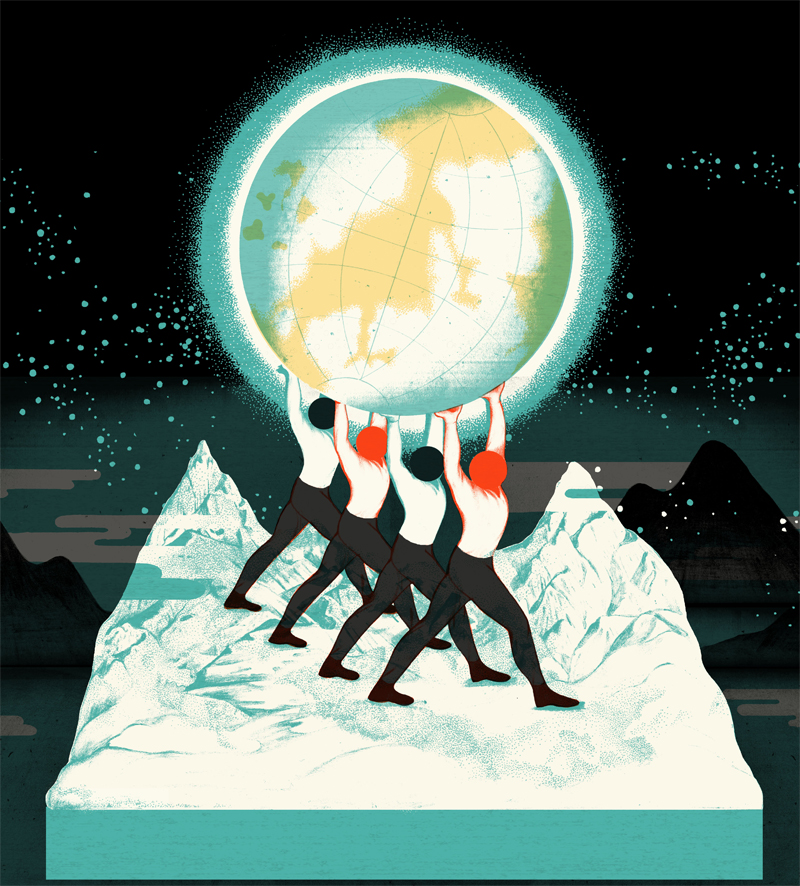 Icinori is a project that brings together two artists, publishers and printers Raphael Urwiller and Mayumi Otero. Masters in the arts of screenprinting and pop ups, they are well known in Italy for their publications with Orecchio Acerbo (“Issun Boshi” 2014, “Jabberwocky di Lewis Carroll”, 2012). They are known internationally for their experimentation and innovation in illustration for children’s books. They have collaborated with Le Monde, New York Times and important museums, a list which now includes Palazzo Poggi in Bologna.

The illustration duo Icinori has been invited to Bologna to contemplate and elaborate upon the collection dedicated to the naturalist Ulisse Aldrovandi (1522-1605). The great explorer, botanist and entomologist from Bologna, was also one of the founding fathers of a natural history museum, now held in the great halls of Palazzo Poggi in Bologna.

At a crossroads of science and art, Icinori will be inspired by Aldrovandi’s watercolors, reflecting upon his human monsters and fantastical animals.

Icinori is noted for fantastical and hyperdetailed screenprints, capable of carrying viewers into another dimenstion that are somehow also recognizable: tiny humans, bears, robots and devils. These images therefore continue along the path of naturalistic exploration (Explorer, 2013), in an intense dialogue, with reflections, study and images from a naturalist and doctor who lived five centuries ago.