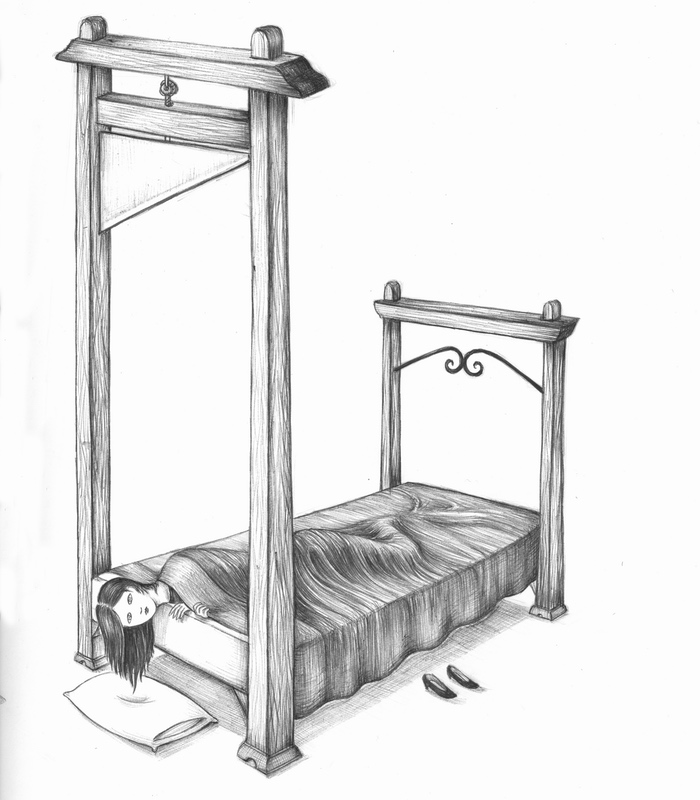 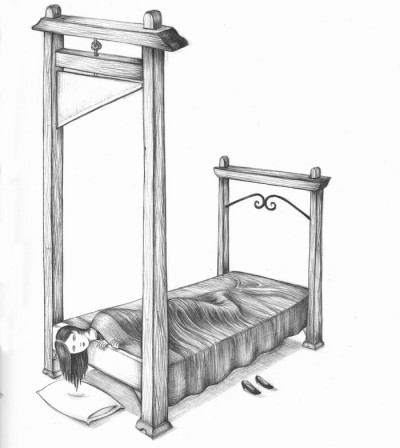 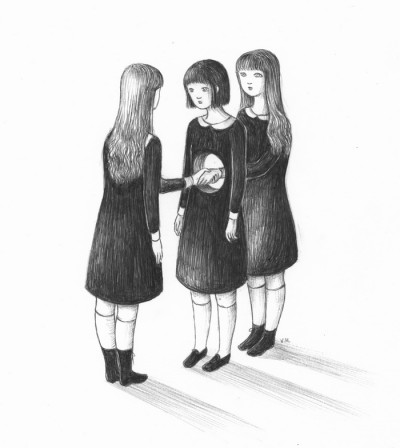 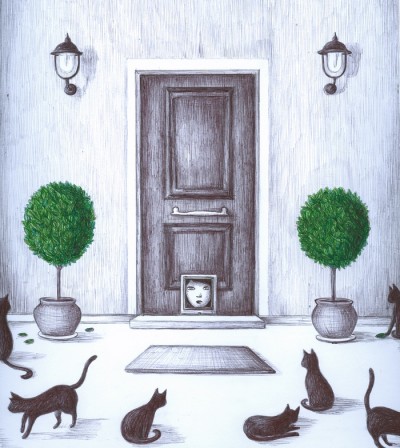 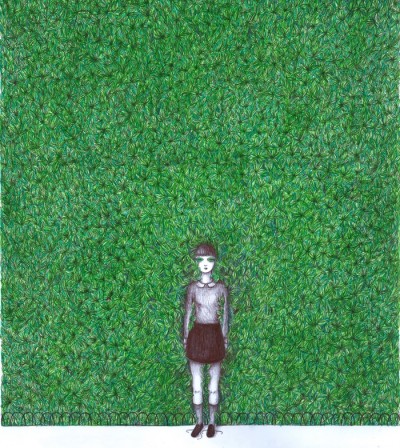 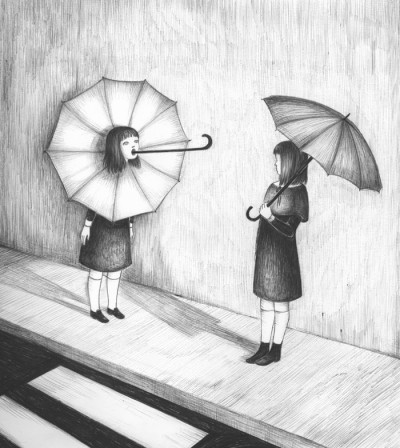 
Virginia Mori was born in 1981. She lives and works in Pesaro and Milan. She graduates in Illustration and Animation at the National Art Institute of Urbino, improving her artistic imaginery and starting the realization of traditional animation shortcuts. The techniques she uses the most in her works are black bic pen on paper and pencil on paper. She takes part to various artistical events in Italy and abroad. In 2008 wins the “SRG SSR idee suisse” prize at Annecy Call for Project (France), managing to realize the award-winning animation short-cut called “The Play of Silence”, and the prize “Abbaye de Fontevraud” , which allows her to work on her next movie , “Haircut”, in the homonymous cultural centre in October 2011.The film is just finished and it has been selected in competition at Annecy Intarnational animated festival 2015.
In 2013 she realizes the illustrations for “walt grace’s submarine test” John Mayer’s video directed by Virgilio Villoresi with the Ombrocinema technique for Withstand

16 is Virginia Mori’s project for BilBOlbul created at Cheap On Board.  Cheap invited the Italian illustrator and animator to confront her work with street poster art, creating a series of storyboards to be printed and installed in two groups on old placards, otherwise in disuse in the historic center of Bologna.  The results will be a truly open air show.
PREVIOUS EDITIONS:
2007 • 2008 • 2009 • 2010 • 2011 • 2012 • 2013 • ASPETTANDO BBB 2014 • 2014
FOR MORE INFO ABOUT THE FESTIVAL: