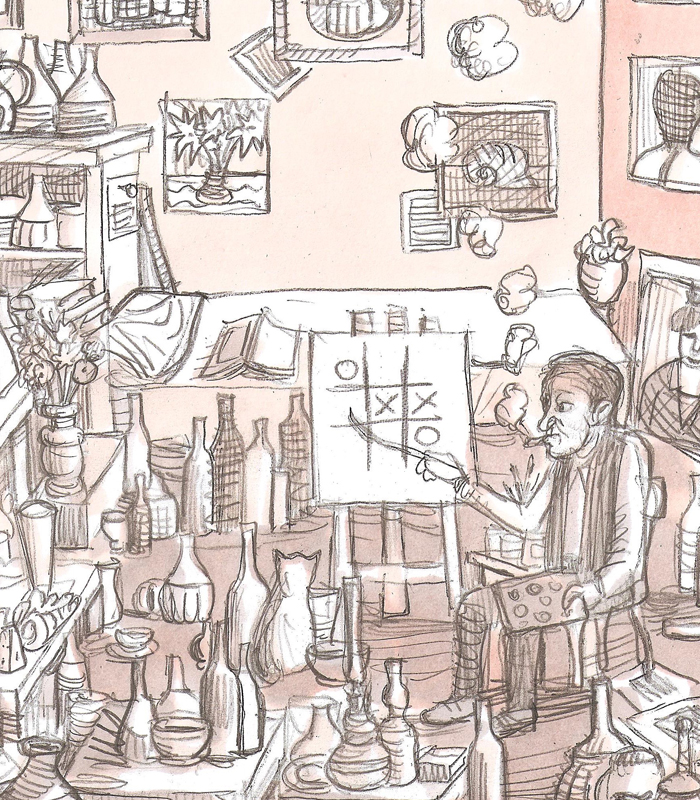 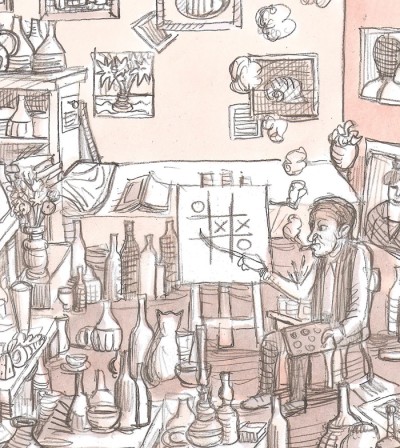 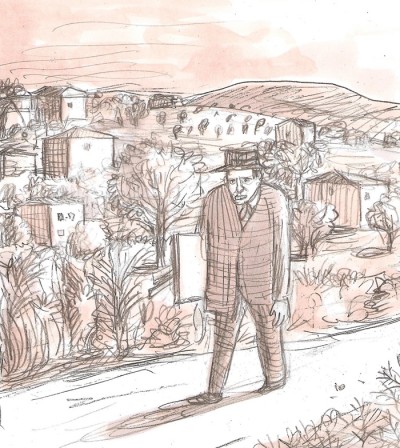 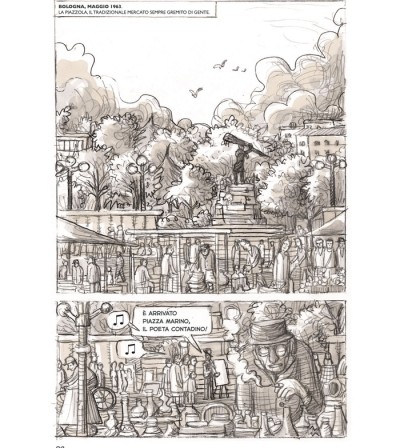 Fabrizio Fabbri, called Bicio,is a multitalented artists, painter, illustrator of experimental comics, author of satiral and comedic vignettes.
He has collaborated with a range of magazines, including, “Cuore”, “Zut”, “Frigidaire”, “Il Nuovo Male”, “Re nudo”, “Animals”, “Ellin Selae”, “Emme”, “Io e il mio bambino”.
In 2001 he published a book of ironic poetry Il naso di Pandora, in 2008 the graphic novel Periferie, in 2012 a graphic biography of the entrepaneur Giulio Bargellini, in 2014 a small book of funny vignettes, Ti amo, perché.
In 2007 he won the prize Forte dei Marmi for Italian satire. He has had many group and individual shows; in 2011 he participated in the Venice Biennial, in 2015 he was invited to paint the walls of Dozza Imolese. He was born in Palazzuolo sul Senio (FI) in 1954, he lives and works in Castenaso (BO).
19 NOVEMBER ~ 10 JANUARY
FOYER DEL MAMBO - MUSEO D'ARTE MODERNA DI BOLOGNA
CORRAINI MAMbo ARTBOOKSHOP

In collaboration with
Edizioni Corraini

Corraini Edizioni presents a new editorial project dedicated to Giorgio Mordani for the BilBOlbul 2015 festival.  The project looks back at the career of the maestro from Bologna with an “illustrated literature” by authros Claudio Bolognini and Fabrizio Fabbri.

For the occasion the Morandi Museum proposes and exhibition of some of the story boards chosen for the project: original drawings granting access to previously unseen elements of the work.  In these originals one can see subtlities, corrections, annotations and details that once edited and curated no one will see.

The show is in two locations allowing visitors to see the creative process from ideas to realization, in a close comparison with photography, historical documents and images used by authors Claudio Bolognini and Fabrizio Fabbri in creating Morandi’s illustrated biography.  A selection of images from across the maestro’s life, both evocative and descriptive.