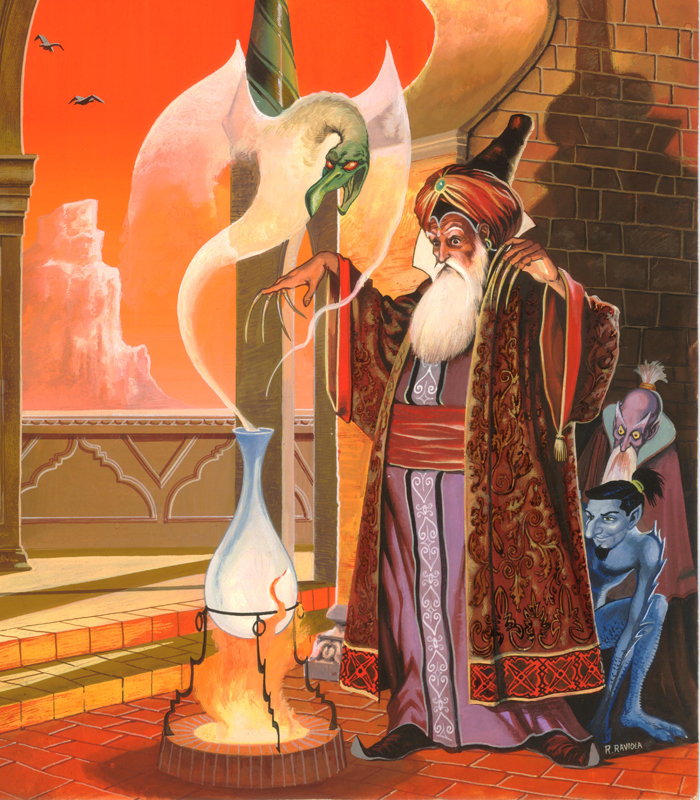 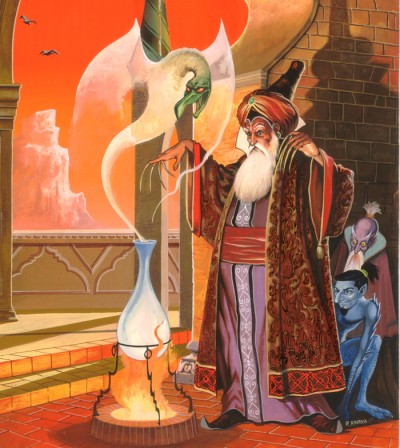 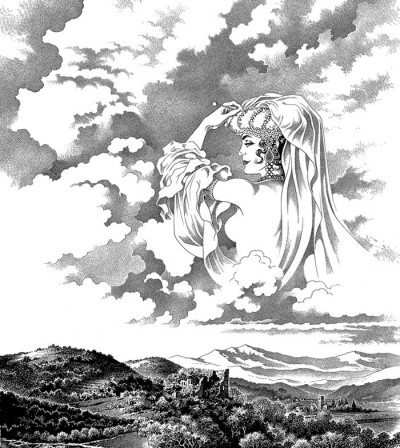 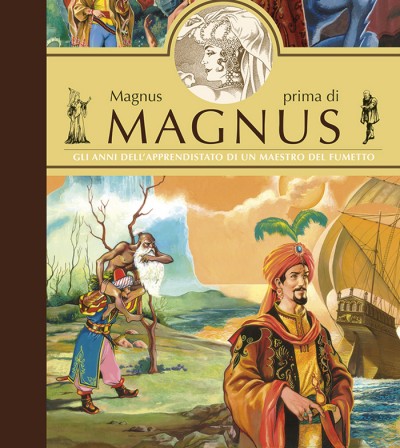 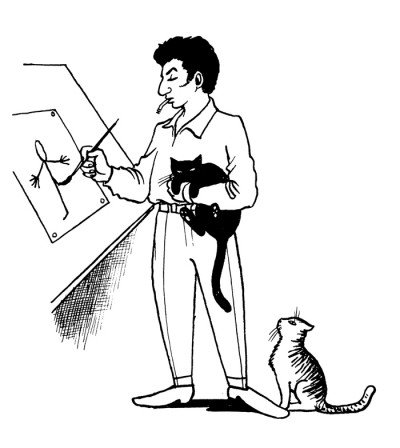 From his debut book Kriminal (1964) to the epilogue to Tex, La valle del terrore (1996) Magnus crossed (and often mixed) the dark with the comic-grotesque, the spy-story and the adventure, the thriller and science fiction, the realistic, journalistic comic and a distant fable, the erotic and the pornographic, Italian folklore and the wild west: an impressive of geographic and genre variety, interpreted each time with a distinct and dexterous pen. A beloved and revered author (always first by the readers and then the critics) during his thirty year career despite many changes. Kriminal, Satanik, Alan Ford and the TNT Group, Lo Sconosciuto, I Briganti, La Compagnia della Forca, Milady, Le Femmine incantate, Tex: many characters passed through his thirty year career, but not just those he created himself but also the ones he “only” drew have the inimitable mark of Magnus. That the author transformed at a certin point into the hexagram 56 of I Ching, the Chinese book of transformations was no surprise: a symbol meaning wanderer. Wherever he was “he never stopped searching.”
22 NOVEMBER ~ 6 JANUARY
FONDAZIONE DEL MONTE DI BOLOGNA E RAVENNA

A large exhibition with 140 original story boards, drawings, unpublished and never before seen illustrations and documents, a book and a film:  all to remember and rediscover Magnus, the nom de plum of Roberto Raviola, one of the greatest Italian comic authors, upon the near twentieth anniversary of his death.  The exhibit— curated by Luca Baldazzi and Michele Masini— opens with 50 color illustrations, rare and never before shown, created by a young Roberto Raviola at the beginning of the 1960s for his series of books for the publisher Malipiero: from A Thousand and One Nights to The Wizard of Oz, to stories and legends from various Italian regions.  In this early work one can already see the early traces of the images of Magnus.  Leading up to the creation of some of the most popular comic characters ever: Kriminal, Stanik, Alan Ford (with text by Luciano Secchi under the name Max Bunker) and then Lo Sconociuto, I Briganti, Le Femmine Incantane to his legendary Tex, created for Bonelli publishers.

The ever present theme in Magnus’s work is the constant search for new places and adventures outside of time.  The author once said, “One needs to write with a compass and draw with a dictionary.”

Always somewhere between a careful realism and an ironic form of the grotesque, Magnus created distant worlds that lived perfectly together.

Pictures on this site are © by Eredi Raviola e Rizzoli Lizard