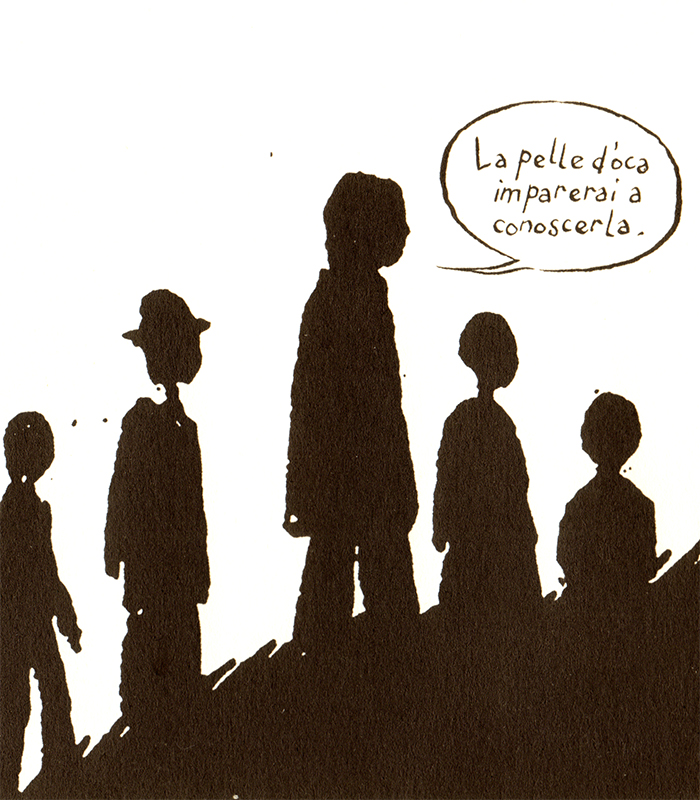 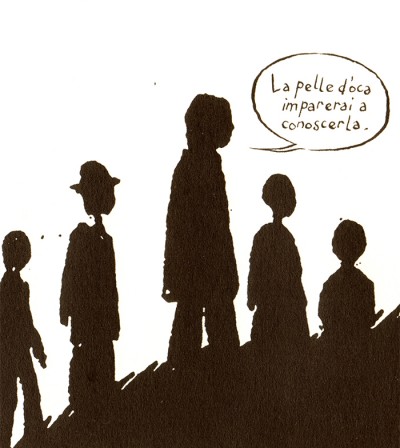 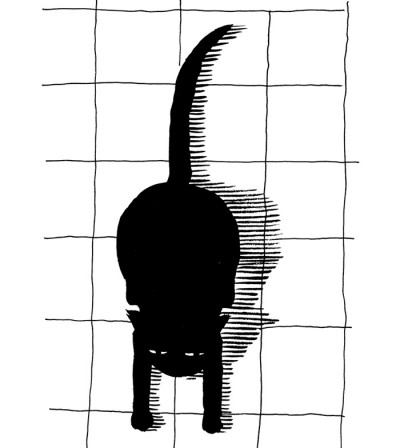 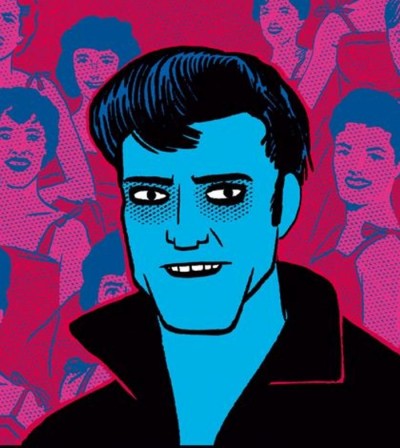 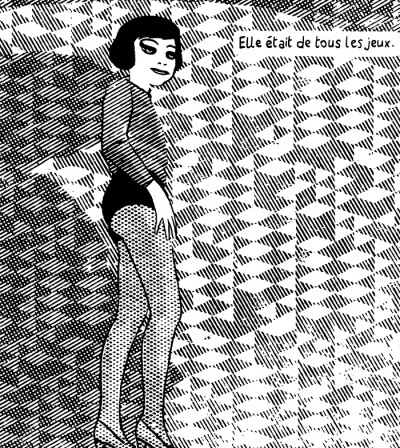 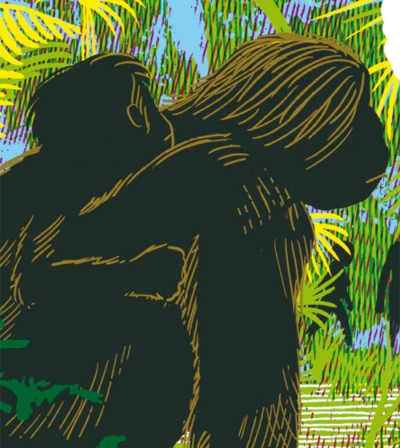 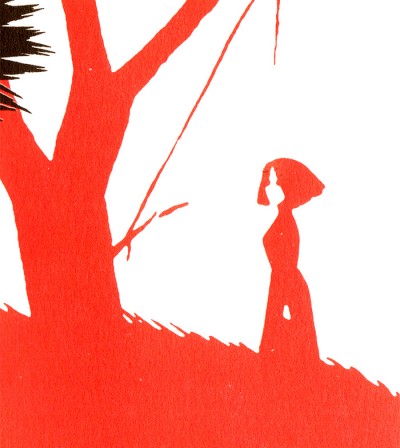 Giacomo Nanni (Rimini, 1971) published for the first time in 1996 in the legendary Bolognese magazine “Mano,” curated by Stefano Ricci and Maria Giovanna Anceschi, where he already demonstrated tastes for grotesque medieval bestiaries and the careful use of the dark lines that return in his later work.
In 2004, along with other comic authors, he founded “Canicola” (awarded at the 2007 Festival of Angoulême) where he continues his research into his style publishing the episodic Storia di uno che andò in cerca della paura.
In 2005 he won the Prize for Best Short Story at Lucca Comics, in 2006 the Premio Nuove Strade at Napoli Comicon and in 2008 the Premio ANAFI.
He began to pubish comics with Coconino Press, with whom he published three volumes of Cronachette, dedicated to his cat, observing and reporting feline habits, also leading him to further investigations into the language of comics.
In 2010 he began to collaborate with the online magazine Il Post, for whom he illstrates news related comics, experimenting with color, nearly always with the CMYK base of the four-color process which became one of his trademark styles.
In 2011 he moved to Paris and publishes for various French publishing houses (Cornelius, Edition de l’Olivier).
His most recent book published in Italy is La vera storia di Lara Canepa (Coconino Press, 2010).

BilBOlbul is dedicating its opening exhibition to Giacomo Nanni, a prolific and important author, who has not been reflected upon enough in Italy. This solo exhibition, at the Accademia di Belle Arti di Bologna has been curated to underline the importance of Nanni amongst contemporary Italian comic authors, accompanying the public to an understanding of his work and his unique style.

Nanni’s work often experiments with the comics language, pointing towards a precise, often graphic, style and includes reflections on other artistic disciplines, contributing to its strength and testing the comics limits. Nanni has always used computers to work with the visual layers of the image and to imitate antique printing methods.