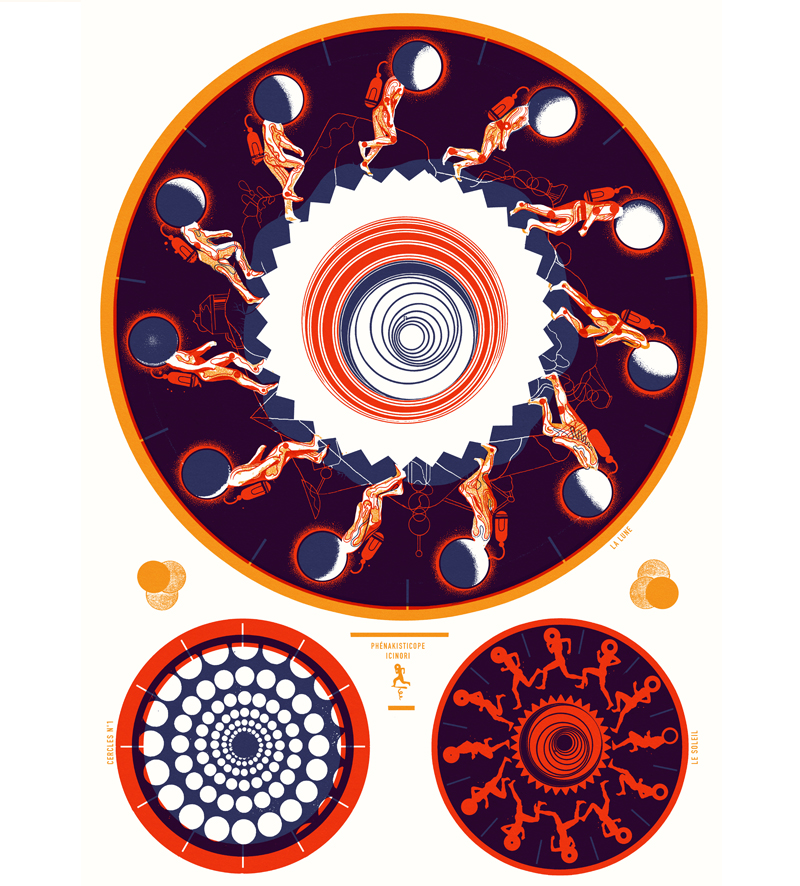 Paper Toys is a folder of six illustrated pages, screen printed in three colors, that shows Raphael Urwiller’s and Mayumi Otero’s amazing mastery in the use of screen printing’s potential through the separation and overlapping of colors.
The result is a refined object whose illustration are downright phantasmagorias that create figures, scenaries, battles and old optical instruments such as the fhenakistoscope that allows to view animated images. This instrument uses two disks, one of which as even-spaced radial windows, through which the observer can look at the second disc that contains a series of images. When the two discs spin at the right speed, the observer can observe an animation.